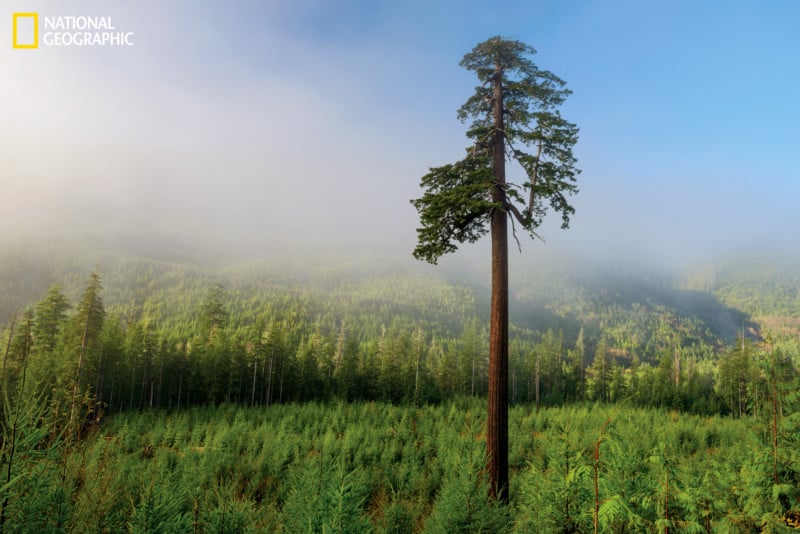 National Geographic’s May 2022 issue is focused entirely on trees, critically endangered forests, their importance to the planet, and the need to preserve them.

The issue features numerous stories and multiple photos taken by some of National Geographic’s most renowned photographers, including the photo below by Jeff Frost, which the publication says helps illustrate the situation of Earth’s trees and is immensely powerful in that message.

This particular tree, a sequoia in California, is a long-exposure image that shows the canopy aflame. It survived the wildfire, partly due to the fact that it was located in an area where prescribed burns helped to minimize the damage when a wildfire did eventually occur.

In California, fires over the last two years have killed up to a fifth of the largest sequoias, some more than a thousand years old. The photo below shows the burnt slope of a hill in Sierra Nevada. National Geographic says that while sequoias can often survive ground fires because they have very few low branches, this particular fire blew flames into the crowns. The publication says that climate change and fire suppression are fueling bigger wildfires.

More than a million Joshua trees went up in flames in the Dome Fire in 2020. The iconic tree already faces numerous other threats and new sprouts have been appearing less often as long periods of drought persist.

In North Carolina, rising seas are creating what are known as “ghost forests.” When seawater seeps into the aquifers and freshwater wetlands, it kills vegetation such as the bald cypresses near Eagles Island below. National Geographic reports that cypress trees all over the Southeast have been hit hard by logging and the training of wetlands since the 19th century.

The problem isn’t isolated to just North America. In Australia, 39 million mangrove trees have died due to years of high heat and drought conditions. The photo below, taken in 2021, shows little recovery as the little green that can be seen belongs to a short mangrove species that survived the mass deaths.

In 2021, fires torched 21 million acres in a region typically known for cold. National Geographic says that small fires occur regularly in the region, but last year four times the average annual area went up in flames.

The same El Niño that caused Australia’s mass die-offs hit the mangrove estuary in the Piraqe-Mirim River. National Geographic reports that these trees had already been stressed by drought, and hail and wind killed nearly a third of them.

National Geographic says that climate change, by itself, has killed 20% of trees in the American West since 1945, which is also true in Morocco and Africa’s Sahel. Up to 20% of giant sequoias—many of which have been alive since the reign of Julius Caesar—have died in just the last two summers alone, according to the National Park Service. 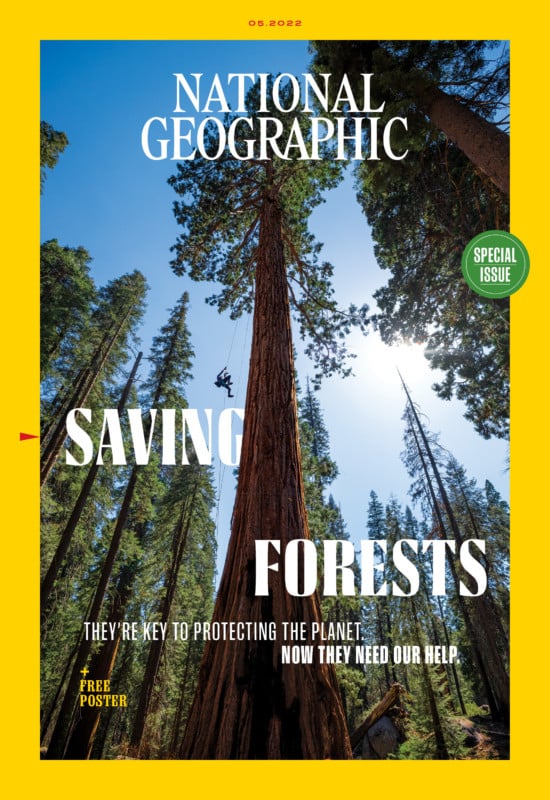 The May 2022 issue of National Geographic, titled Saving Forests, contains many more details about the plight of trees around the world, but more importantly, how to save them. For more on this story, visit Natgeo.com.