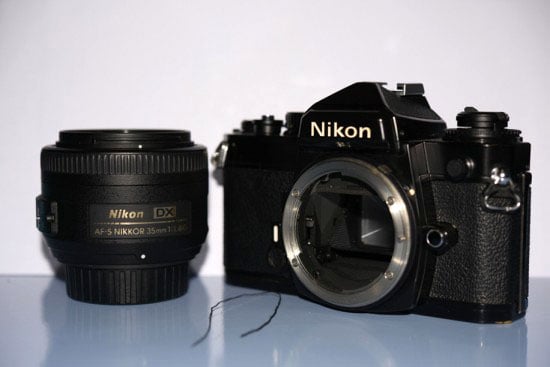 If you ever find yourself needing or wanting to use a newer Nikon G lens on an older Nikon film SLR camera, a little piece of string can help you do so. Since Nikon G lenses lack an aperture ring for manually adjusting aperture, the string is used to do the adjustment mechanically. 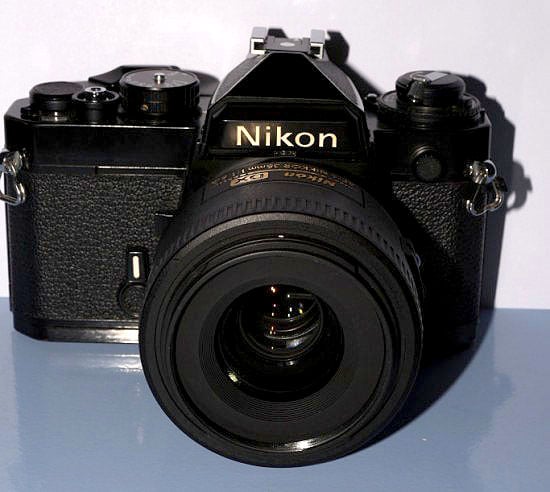 This little photo hack is courtesy of Nikon Rumors, which recently received it from a reader.

The basic idea is to loop the string around the little aperture lever found on the lens mount. Pull it to give it some tension, and hold the string away from the lens. 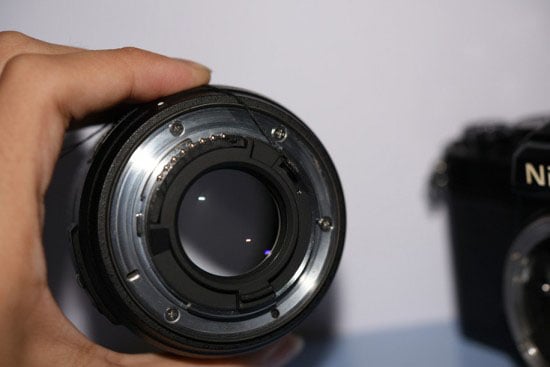 While the string is still looped around the lever, mount the lens to your camera. 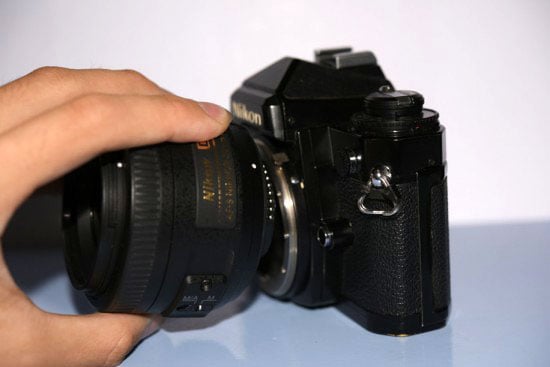 You can press the string close to the body of the lens to keep it from flapping around while you’re out and about. 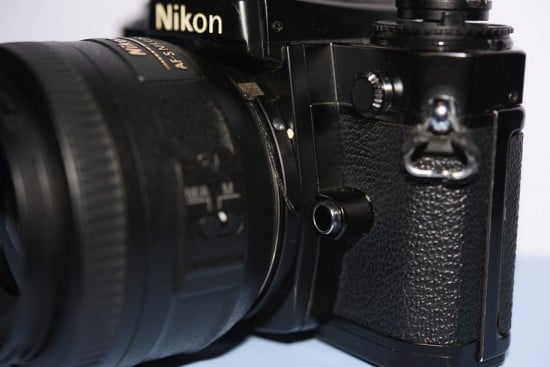 To check the current aperture, press the preview button on the camera. 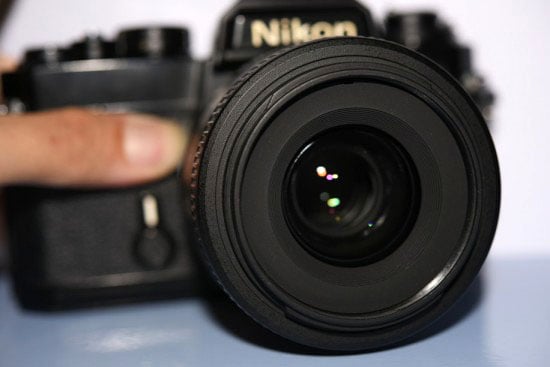 If you’d like to change the aperture, press the lens release button and turn the lens to step to a different aperture (thanks to the string that’s tugging at the lever). 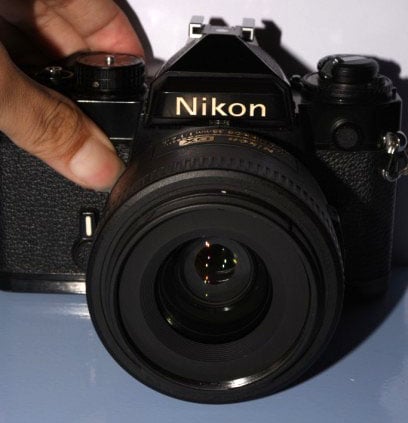 This technique isn’t the most elegant solution — there are adapters that give you a ring for aperture control — but it should suffice for some casual shooting.

How to Do a Photographer’s Workout with $9,000 in Camera Gear