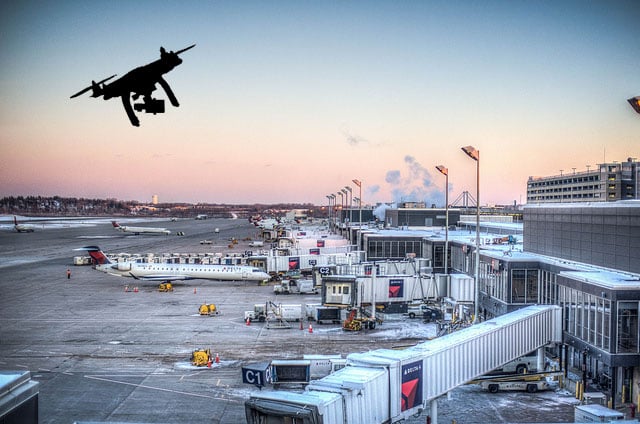 As camera drone sightings near airports continues to rise, the US government exploring new technologies that could help automatically detect and identify photographers and other drone operators who are flying illegally near airports.


Phys.org reports that the FAA signed an agreement this week with a company called CACI International to test the new technology, which tracks radio signals used to control drones from within a 5-mile radius. The system would be able to pinpoint exactly where the operator is located while the drone is in the air.

“One of the biggest challenges we’re having is locating the operator,” FAA deputy administrator Whitaker said on Capitol Hill yesterday. The ability to locate operators would be useful for police departments as well. Just last month, the Los Angeles Police Department launched an all-out manhunt after a drone came within 50 feet of a department helicopter.

That DJI camera drone user was eventually located and arrested in a Rite Aid parking lot.

The FAA says that it’s receiving roughly 100 reports every month from pilots who report seeing drones flying near their planes. Just a year ago, the frequency was just a few sightings per month.

Image credits: Header illustration based on photo by m01229