A year ago, photographer Julian Tryba was featured by Vimeo after creating a time-lapse of Boston using a technique he dubbed the “layer lapse.” Now he’s back again with the same concept applied to a different subject matter.

Tryba has spent the past few months traveling, shooting, and editing the 2.5-minute video above, titled “Timeless Dreams.” It’s a layer-lapse of the American Southwest.


If you missed Tryba’s work the first time around, a layer-lapse is created by shooting multiple time-lapses of the exact same scene over different times of the day. Tryba then mixes portions of different shots into the same frame, synchronizing the transitions to music. 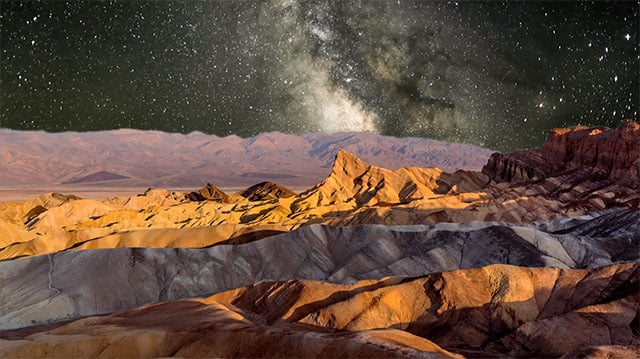 “Every night we shot sunset and once it got dark we’d find a secluded place to film the stars and sleep for a few hours before the sun came up,” Tryba writes. “We got to see some amazing places, and had some interesting experiences, like when Mike got stung by a scorpion, or when we got a flat tire at an inopportune time. We were hit with a number of snowstorms, freezing temperatures, and some intense wind.”

“Thankfully we made it home unscathed with some awesome memories and a hard drive full of footage.”