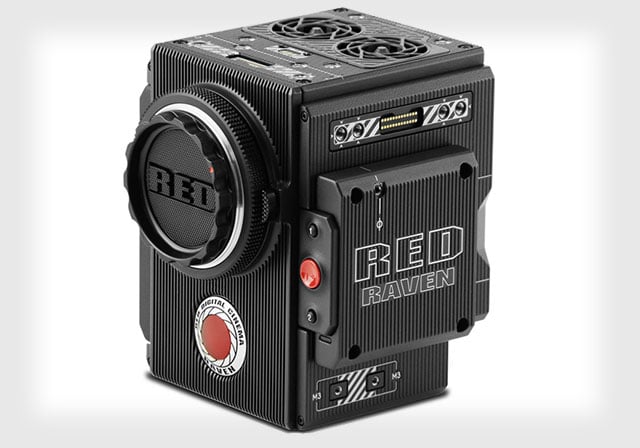 RED today announced the RED RAVEN, a 4K camera for the sub-$10,000 market that it has been teasing for some time now. It’s a powerful and portable 4K, Canon EF-mount camera that costs “just” $5,950 — an extremely low price when it comes to RED cameras. The RED RAVEN weighs in at just 3.5 pounds, making it RED’s lightest and most compact camera. It can be easily used to shoot by hand or by drone, making it a solid new choice for productions with smaller teams and budgets. “RED RAVEN reflects RED’s ongoing commitment to the belief that cinema-quality creative tools should not be in the hands of a few — they should be available to all professional shooters,” RED says. Inside the RED RAVEN is an 8.8-megapixel, 4K RED DRAGON sensor that can shoot REDCODE RAW (R3D) in 4K at up to 120fps and 2K at up to 240fps. The sensor has a dynamic range of 16.5+ stops and can record both REDCODE RAW and Apple ProRes simultaneously. This camera packs the same dynamic range and color science as the RED Scarlet, Epic, and Weapon. “RED RAVEN is a new category in our line up,” says RED president Jarred Land. “It’s a younger, hungrier, more ‘spirited’ member of the RED family with a bit of a chip on its shoulder, ready to take on the entire sub-$10k market with images that users will be incredibly proud of.”

The RED RAVEN will begin shipping in February 2016, and the company is taking deposits starting today. The BRAIN ONLY package with just the camera costs $5,950. You can also purchase complete packages with additional tools and accessories for less than $10,000.