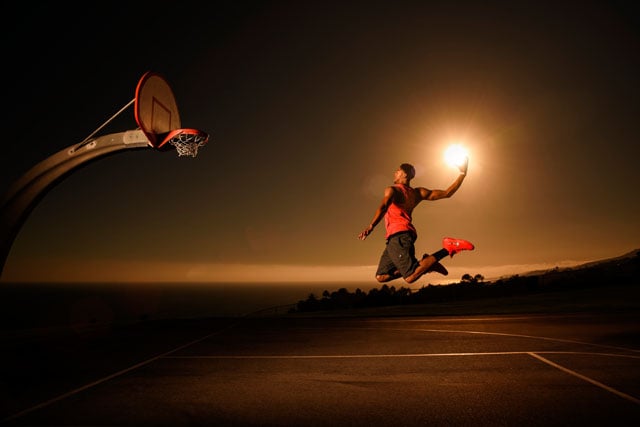 Red Bull recently came to me with an interesting idea: “We’d like you to photograph NBA star Anthony Davis dunking the sun.”

I responded, “Can we also have him dunk the moon?”

My mind started racing with ideas on how to capture this properly because as most people, know the sun is a very bright object that’s about 93 million miles away — I totally knew that off the top of my head. Not to mention, it’s also very hard to look at for more than a brief moment. Which brings me to my first hurdle.

How to Make the Sun Small… and Not So Bright

Yes, the sun. That glowing ball of exploding fire that keeps our planet from freezing over. Again, super bright and very large, so we needed it to be the opposite. An object as small as, say… a basketball. To figure this out, I set out on my first (of a few) scouting missions with my Nikon D810 and a few lenses in my arsenal.

My first test shots were around ISO 31, shutter speed 1/1600th, and aperture F/11. This varied some depending on which lens I was using and at what focal length it was at. Sometimes my shutter was all the way up at 1/8000th sec and aperture as high as F/22. But after deciding that smaller apertures (higher number) gave too much of a “starburst” effect, I knew that I had to bring down the exposure to something a little more manageable (ISO 31, shutter speed 1/250th, aperture F/6.3).

To do this, I added an 8-stop ND filter. 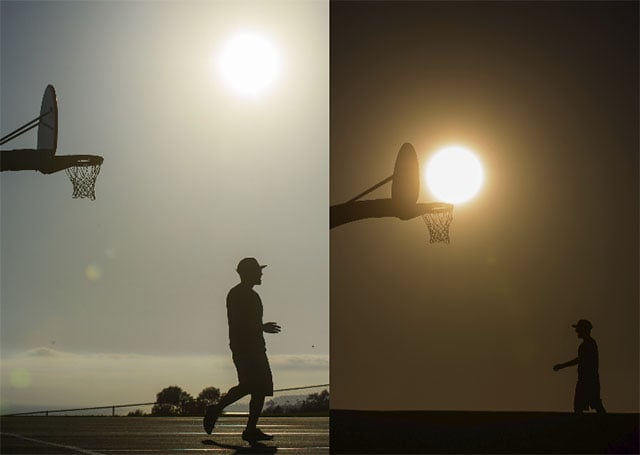 Once I dialed in the exposure, my next site visit was a pre-light day. This is where I would test the lighting on an actual person before we brought Anthony into the game. This is also where we nailed down our timing for the shoot. The sun is constantly changing positions so this was very important to note the flow of the photoshoot and to decide which moves Anthony would be performing at each minute so we could get the most out of the sun before it rose completely. We made a minute by minute shot list and religiously stuck by it.

Next comes the fun part, how to “illuminate” Anthony after just turning down the light in the sky. I knew I had to bring in some very powerful lights to help out with our situation. Queue the Broncolor Scoro S 3200 and Move 1200L packs. 7 total packs at more than 10,000 watts of power flowing through 7 different heads with highly reflective and directional dishes on them.

My set up was, 5 Broncolor heads, 3 packs to camera left hitting the front of Anthony and filling in some light on the court and 2 lights coming from camera right hitting the back of Anthony and the hoop. The power on the packs where set at 9 out of a possible 10 so we only had 1 shot each time Anthony jumped to dunk the sun. The result was a few not so perfect shots. 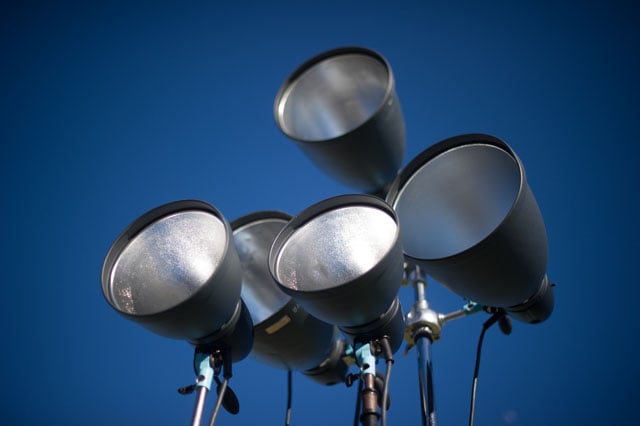 Anthony had to have the perfect placement each time. If either of us were off by an inch, it would either put his hand too far behind the sun or too far forward and the sun’s intense brightness would engulf his hand, leaving only parts of it breaking through. Not so good when you’re trying to make it look like he’s holding the brightest object in our solar system.

Don’t Try This at Home, Kids! (or Adults)

I know how tempting it is to look at the sun — it’s so shiny! But I can definitely say it is not wise to stare at it for any amount of time (it turns out my profession as a photographer relies heavily on me being able to see well). Even though I wore dark sunglasses, had an 8 stop ND filter, (and squinted a lot) I still walked away after the shoot with my eyes being a tad extra sensitive than normal.

This couldn’t have happened without the hustle and commitment that Anthony brought to the table. He showed up a little under the weather but that didn’t stop him from going above and beyond what we were expecting from him. 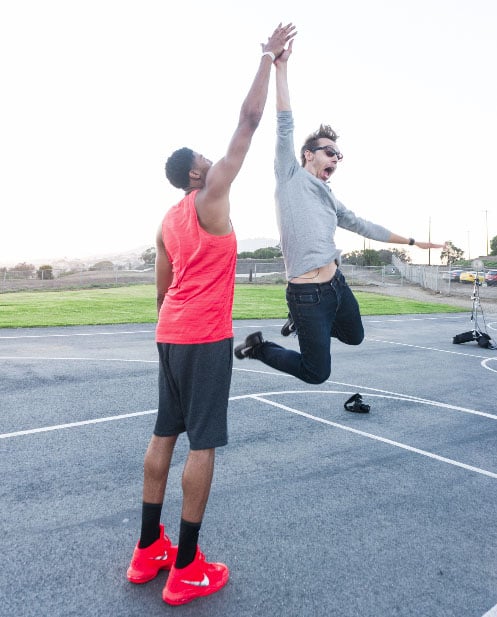 I also want to thank our awesome crew for their support. Thanks to everyone on the Red Bull team, Broncolor, my assistants, the video crew and all the extra support from security staff to that random little dog that kept running on to our set. I hope everyone enjoys these photos as much as I did in helping to create them. 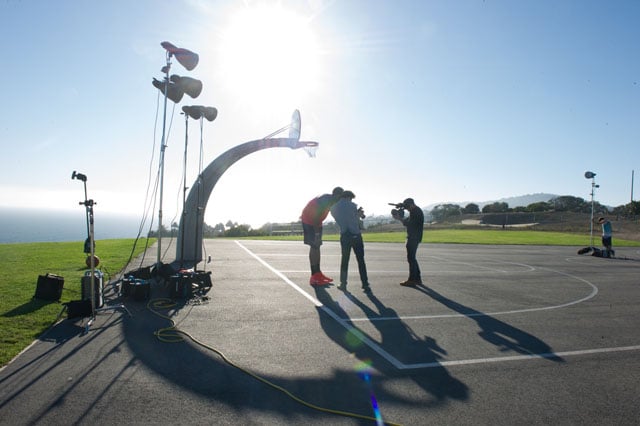 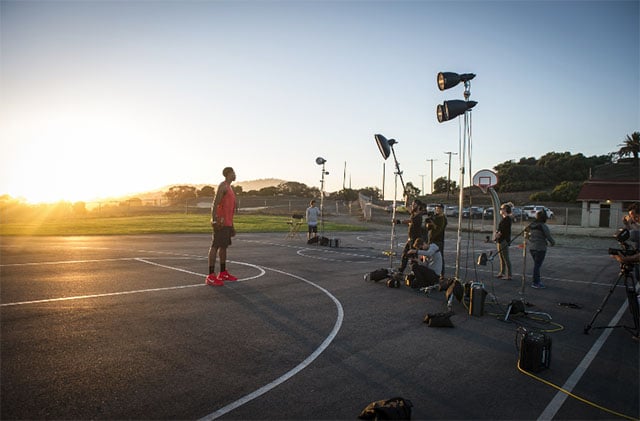 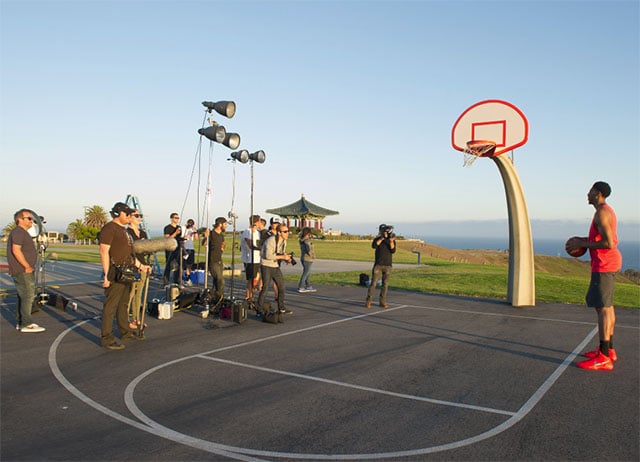 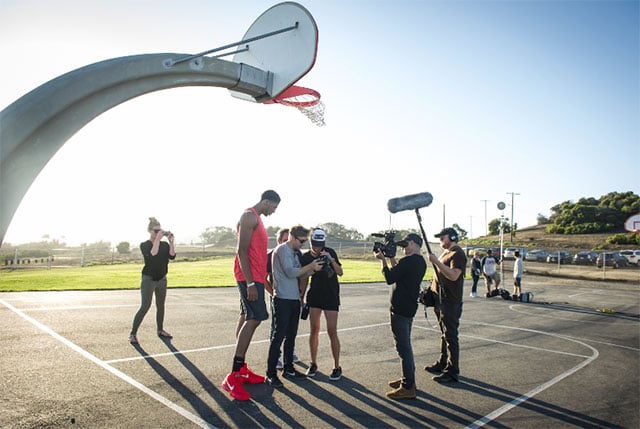 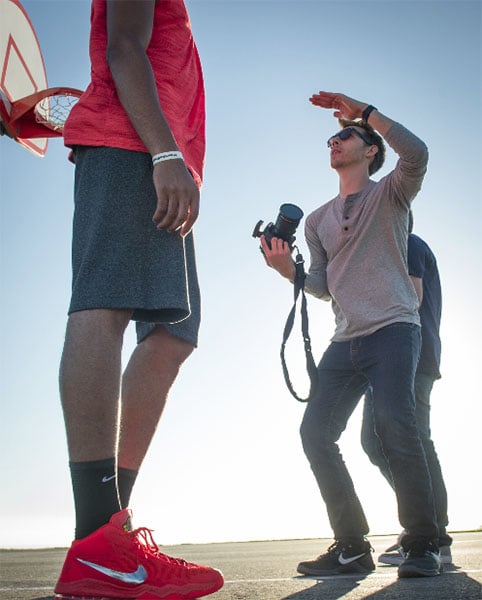 Here are the final “Dunk the Sun” photos from the shoot: 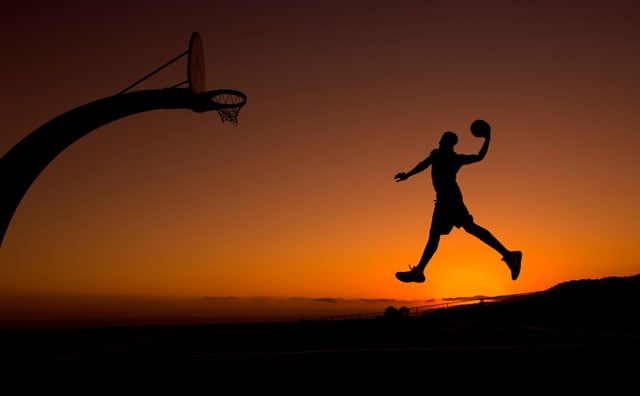 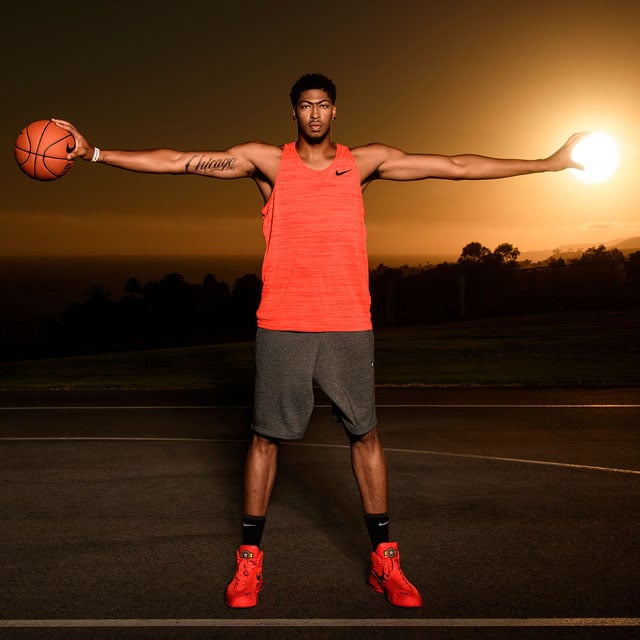