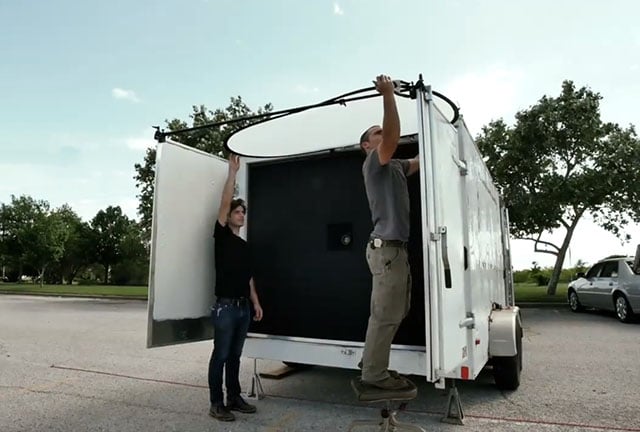 While sitting in a hotel bar several months ago, photographer Ian Kasnoff came up with the idea of turning his small box trailer into a working ultra-large format camera. After some cocktail napkin sketches, the idea for Kasnoff’s TrailerCam was born.

He started out by turning the 5×5.5×8-foot trailer into a camera obscura with an old enlarging lens as an initial proof of concept. When he saw his property projected with “crystal clarity” on every surface inside his trailer, the TrailerCam passed the first test. 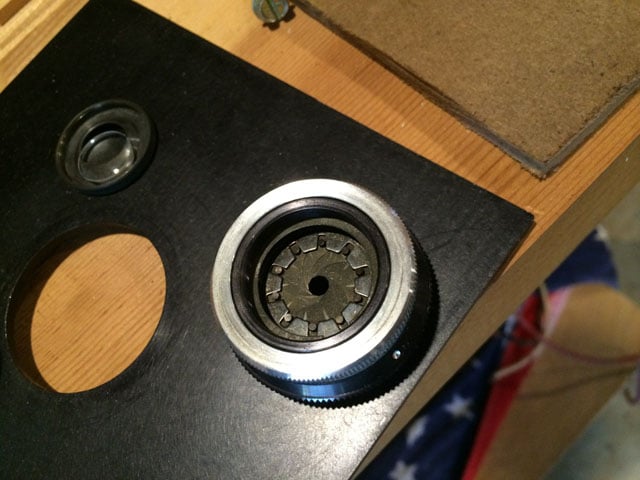 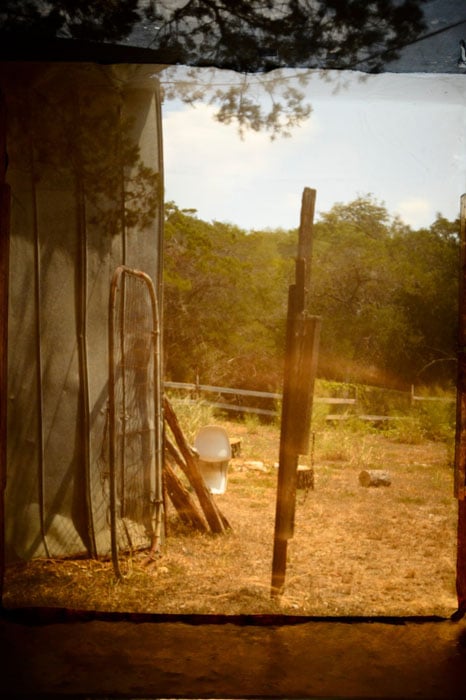 Kasnoff then took apart an old Bell & Howell projector lens and used some plumbing items found at Home Depot to turn it into a super rough piece of gear. 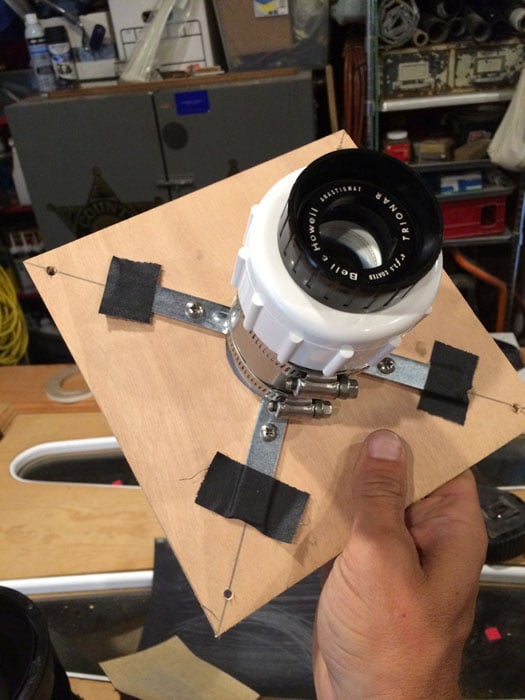 “It made a Petzval look like a Mamiya lens, but I did manage to shoot an image,” Kasnoff tells PetaPixel. 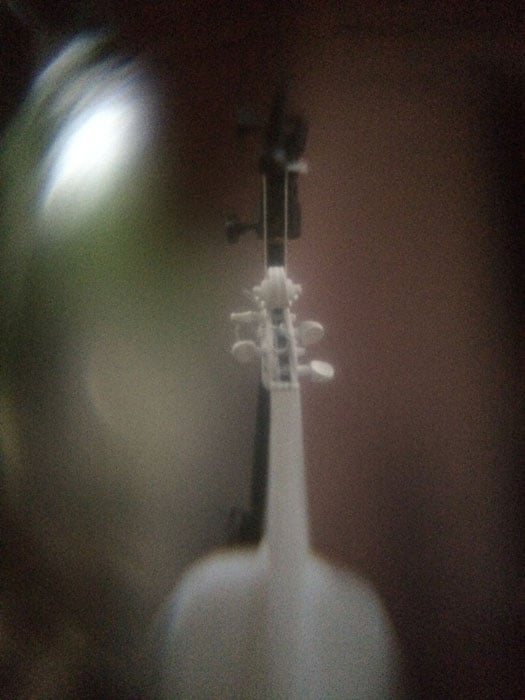 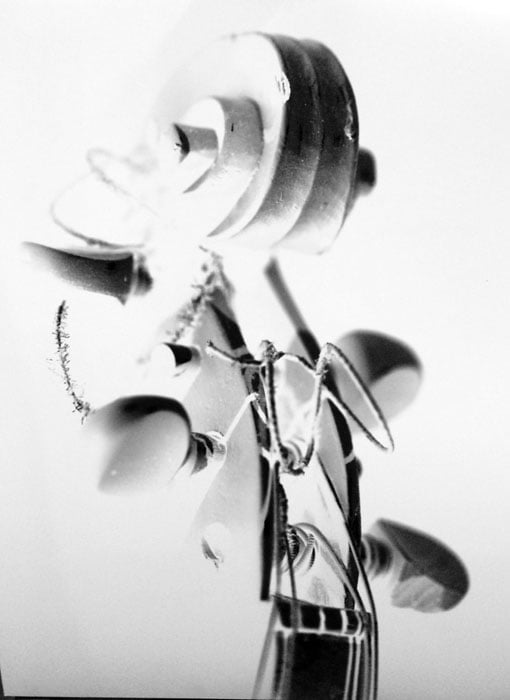 Kasnoff made his second lens using a Sony projector lens given to him by Adrian Whipp of Lumiere Tintype. 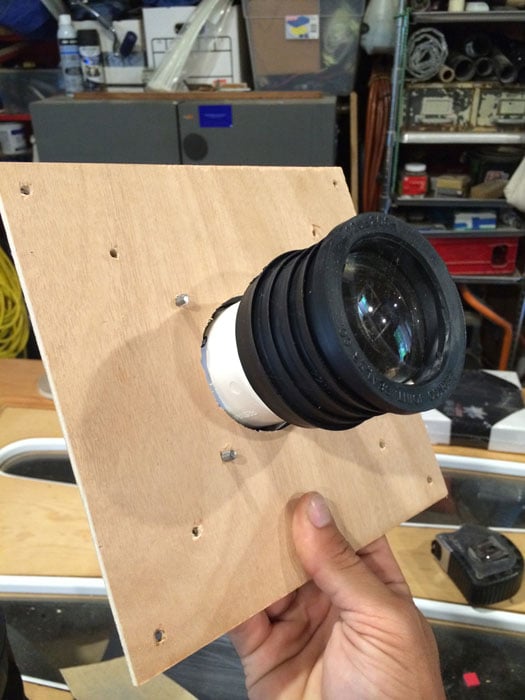 The first photo he shot with the trailer cam was done by taping some Ilford photo paper onto the sign board he was using as ground glass. What resulted as an 11×14-inch original negative print.

The trailer’s third lens was born after Kasnoff stumbled across Quality Camera, an eBay shop based out of Atlanta. It was there that Kasnoff obtained a 24-inch Ektar Process lens that was supposedly used as a first aerial surveillance lens at the beginning of World War II. 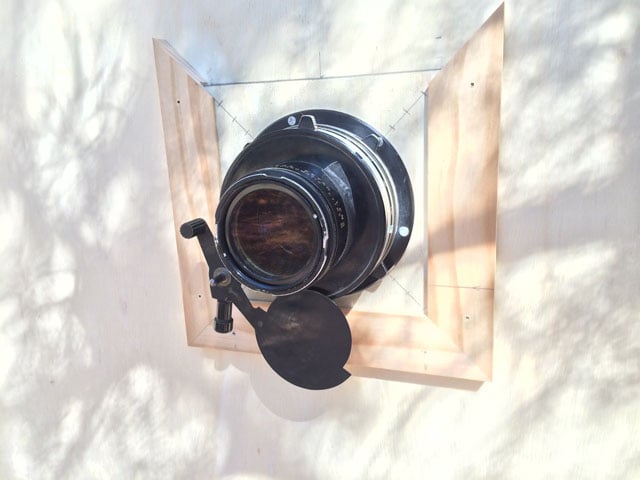 “The potential of the Ektar is astounding,” Kasnoff says. “I have yet to see the limit of it’s image circle.” 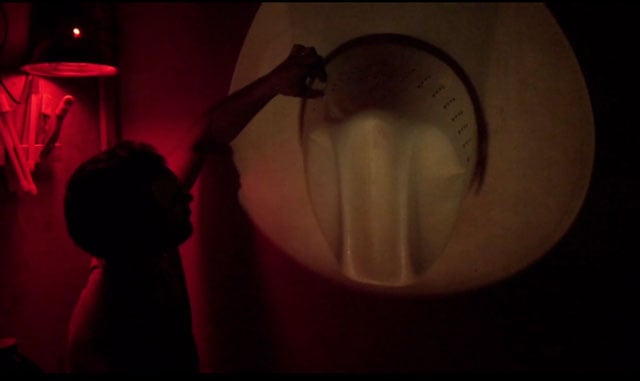 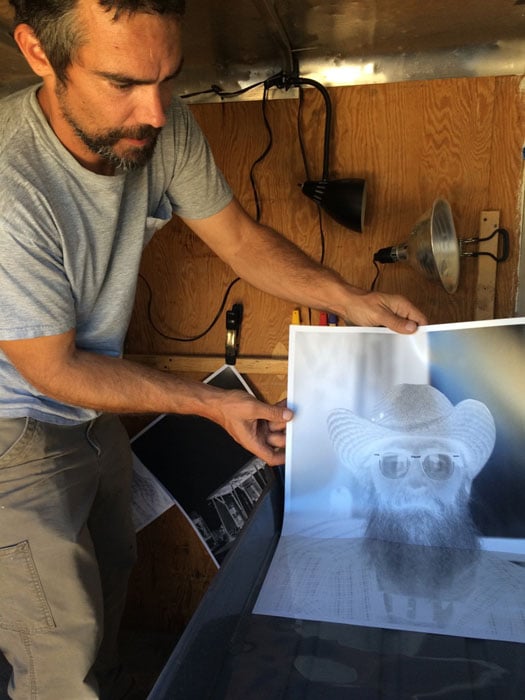 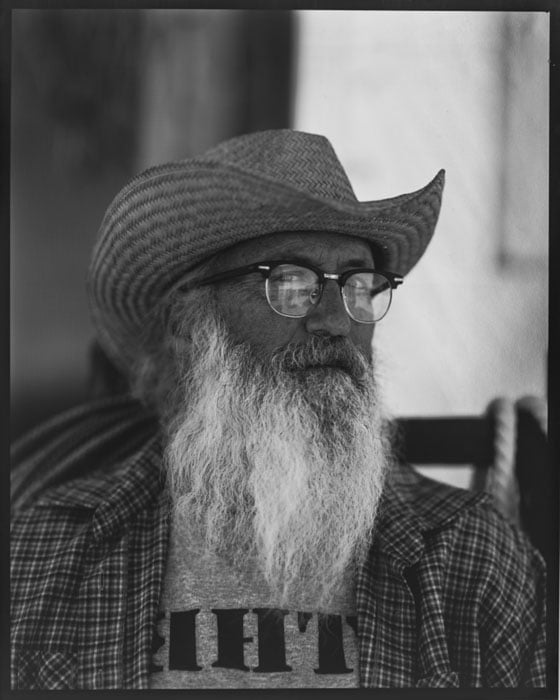 Here’s a video showing TrailerCam v1.0, which was equipped with the Ektar lens. Most of the photos Kasnoff shot with the camera were 16×20.

After using his original TrailerCam, Kasnoff realized that he needed to upgrade to a longer trailer to include a separate developing area inside the camera. He got a great deal on a “crappy” 16-foot-long, 6’3″ high trailer, and TrailerCam v2.0 was born. 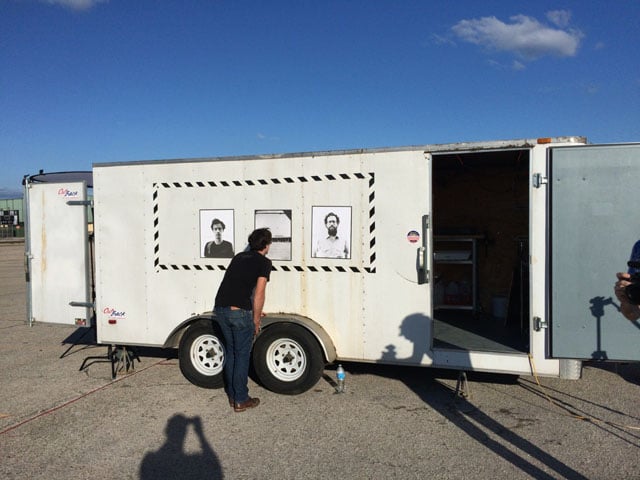 Here’s a short video feature on the new version by Spencer Peeples of Media-Texas:

Kasnoff led a workshop at AIGA Design Ranch 2015, where he shot about 75 TrailerCam photos over the course of a weekend. Here are some of his favorites: 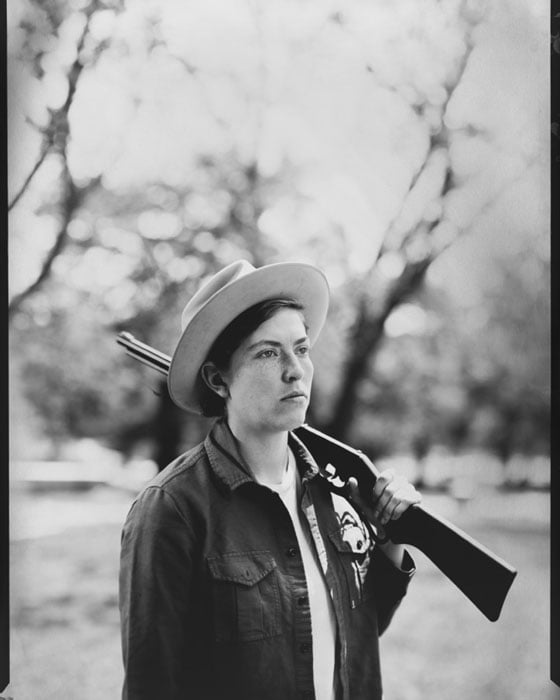 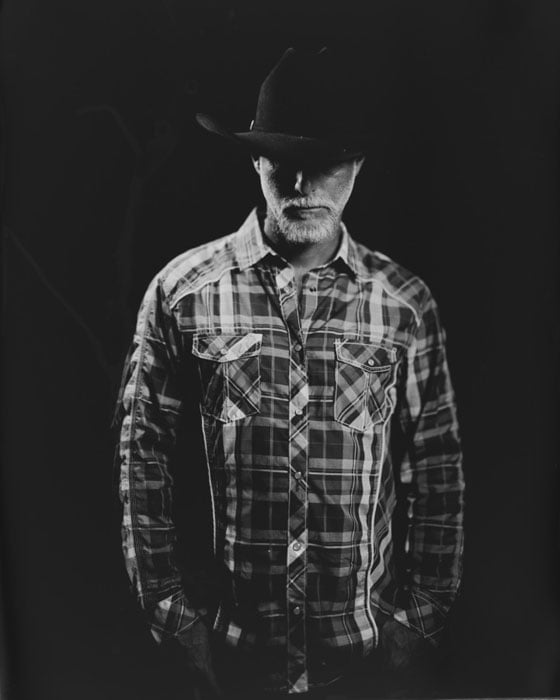 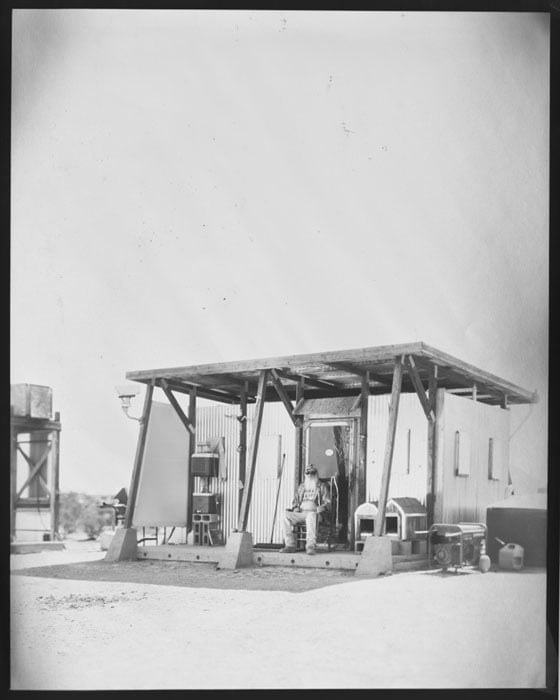 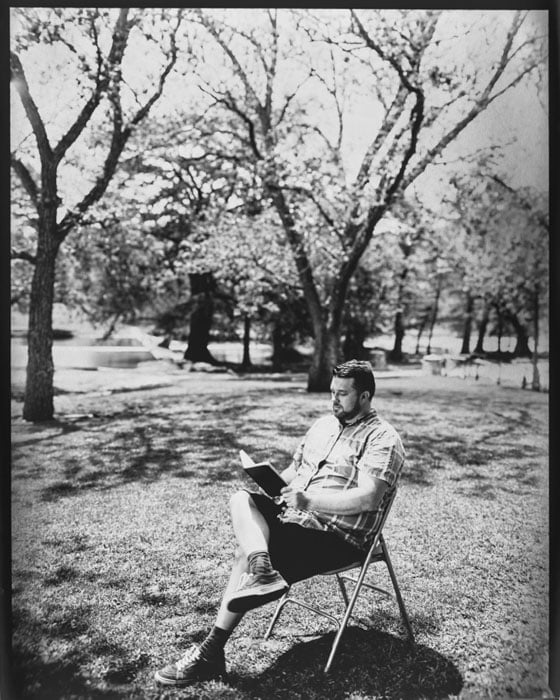 “With the Ektar I can shoot 4’x5′ images and getting as close to that size is the next step,” Kasnoff says.

Image credits: Photographs by Ian Kasnoff and used with permission

My Hobby: Messing with Nigerian 419 Scammers That Target Photographers