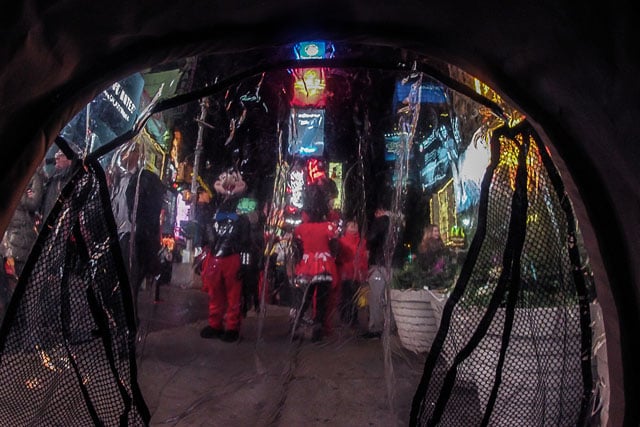 New York City is one of the most photographed cities in the world, so you’ll need to think outside the box to capture the city from a fresh perspective. That’s what photographer Diego Acosta has done through his project titled Stroller. By placing a camera inside his son’s stroller, he documented what the Big Apple looks like from a toddler’s point of view.


Acosta mounted a GoPro to the inside of the stroller, set it to take one photo every 10 seconds, and then visited iconic landmarks around the city. The series shows both famous tourist attractions and glimpses from daily city life.

The stroller “was covered with a plastic cover to protect it from rain and cold,” Acosta writes, “creating contrasting images between the internal reality of the stroller and the distortion created by the plastic on the outside.”

Acosta tells the New York Times that one of the challenges of this project was editing the giant collection of photos down to the keepers. Since the GoPro was constantly snapping away, Acosta would end each day with roughly 2,000 photos to cull through.

Acosta is currently attending the School of Visual Arts in NYC while his wife and son are back in his home country of Ecuador. The NY Times Lens Blog will be featuring Acosta’s work in a night of projects at Photoville in New York on September 12th, 2015. You can also find more of his work on his website.

Image credits: Photographs by Diego Acosta and used with permission