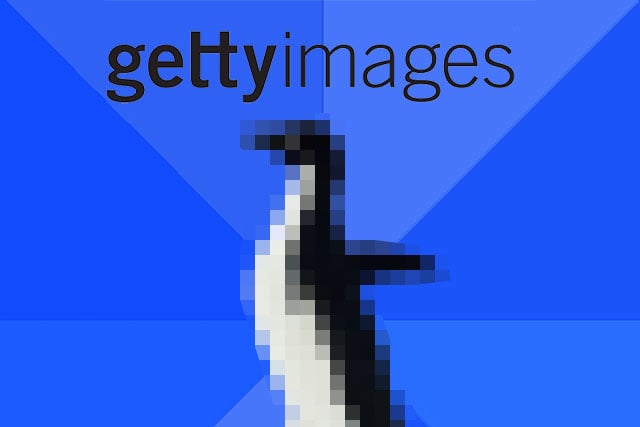 Well, this is a bit… awkward. Getty Images recently threatened a lawsuit against German blog Get Digital, which had published the famous ‘Socially Awkward Penguin’ meme without first obtaining permission.

That is right: you technically need permission to use the meme. According to Getty Images, the meme contains an image originally shot by nature photographer George F. Mobley. The blog ended up paying Getty Images $868 for the copyright violation.

Here’s what the popular meme looks like compared to the original Getty Images photo by photographer George F. Mobley:

The original emails are in German, but a quick translation reveals that the blog was asked to cough up $836.39 or possibly force being taken to trial. The “legal situation appeared quite clear,” the blog writes. They paid the claim and deleted the images they had initially used.

“But the Awkward Penguin is not just a random image we stole from Getty’s database, but one of the most well known internet memes,” writes Get Digital. “Therefore the question arises why obviously no one in the whole internet knows that the image right of this penguin are property of a picture agency that sends out bills for the usage of this image.”

What’s more, it appears that Getty Images is also sending out “gag orders” to copyright violators, demanding that they remain silent on the issue. “Getty is simply threatening to contact lawyers in order to force the affected persons to maintain silence and just pay the amount claimed,” Get Digital writes.

As of now, Get Digital is yet to hear back from Getty Images about breaking the ‘confidentiality agreement’ that was demanded. The blog has since created a substitute “Socially Awkward Penguin” that is free of copyright violation; it is officially in the public domain, so you may share it without fear of legal issues: 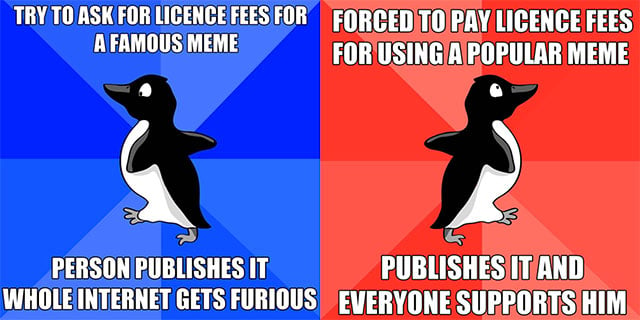 (via Get Digital via DailyDot)

How I Shot a Plane Flying Through the Supermoon