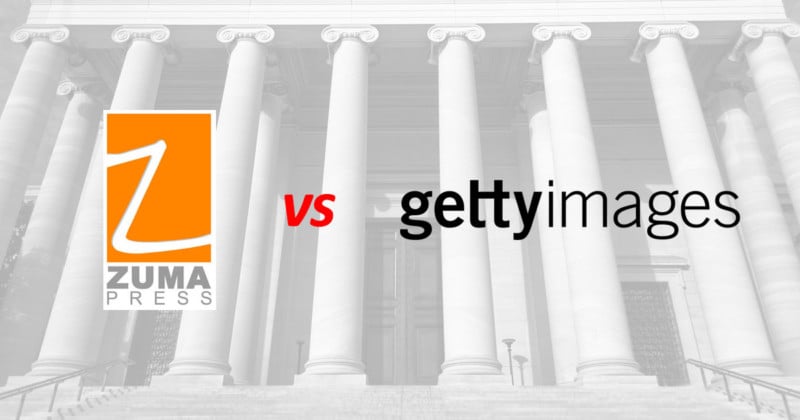 A week after being slapped with a $1 billion copyright-related lawsuit, Getty Images has been served with another suit. This time it’s by Zuma Press, an independent press agency that accuses Getty of infringing on over 47,000 photos.

The lawsuit was first reported by Ars Technica. In the court filing, Zuma claims that Getty Images has been carelessly handling copyright as it expands its massive image library. Here’s are some quotes:

Getty has quickly become the content creators’ worst detractor, recklessly aggregating content, acquiring more images than it can responsibly administer and belligerently enforcing whatever imperfect rights it might have in those images.

Getty has been carelessly and recklessly acquiring content, not doing due diligence and not taking adequate measures to prevent infringement as well as falsifying/removing proper copyright management information. In fact, its aggressive acquisition schedule is possible only at the expense of others’ rights. […] Getty has shown that it cannot and will not reform on its own accord.

Zuma states that due to Getty’s rapid expansion and sheer size, due diligence and adequate review of photos is now “difficult and improbable.” Furthermore, Getty allegedly copied roughly 47,048 of Zuma’s photos and made them available for sale through Getty Images after replacing Zuma’s credit with Getty’s.

Unlike photographer Carol M. Highsmith, who is demanding $1 billion from Getty for the “gross misuse” of 18,755 photos (which she donated to the Library of Congress), Zuma is demanding unspecified damages.

Zuma is seeking actual damages from Getty profiting from the photos, or statutory damages of $2,500 to $25,000 for each infringement.

We’ve reached out to Getty Images for comment and will post an update if/when we hear back.