What happens when you combine the art of light painting with fifty Olympus OM-D E-M10 mirrorless cameras? The team at ZOLAQ in Germany wanted to know just that. Teaming up with Olympus and design agency ‘Bird Like’, the team created the 2-minute video above, titled ‘Bullet Time’.

Olympus’ OM-D E-M10 cameras contain a live composite mode for stacking multiple shots into one image; the frames within this video was shot entirely by utilizing this feature. It took ZOLAQ 6 hours to set up the rig, which they then used to capture over 70 GB of photographic data. By stringing the frames together, the team was able to freeze time while light paintings floated in midair: 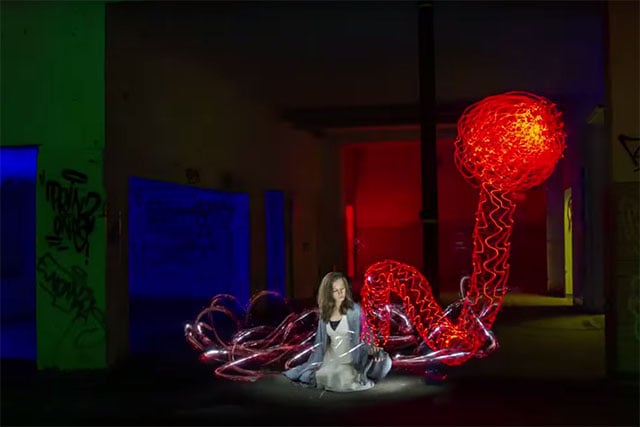 For those interested, the company also hosts light art workshops in Europe where they help you become “enchanted by the magic and dive into a world full of light.”