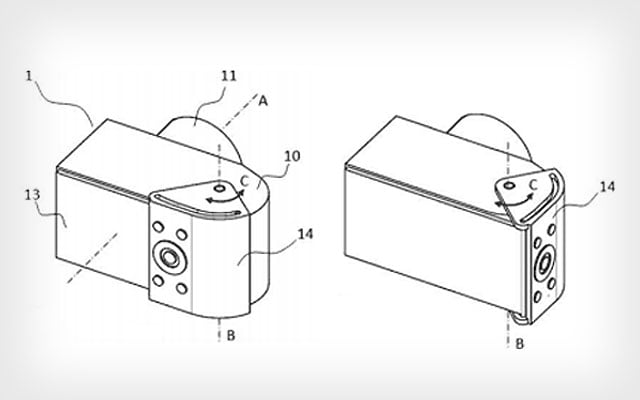 Canon has some interesting ideas for what cameras of the future will be like. A newly published patent shows that Canon has looked into the idea of an LCD screen that can expand and contract on the back of the camera.

The patent, published on August 24th and discovered by the Japanese camera site Egami, shows a mechanical system in which the physical controls of the camera can be rotated to the side of the camera, allowing the entire back surface of the camera to be dominated by the expanded LCD display.

It appears that when the system is contracted, a portion of the LCD screen is hidden behind the controls and pressed up against the curved side of the camera.

Northlight Images took the patent’s illustrations and created an animated GIF that gives a better idea of how the system works:

If you’d like to examine the patent for yourself, do a search for the patent number “2015-154223.” It’ll be interesting to see if anything materializes out of this idea.