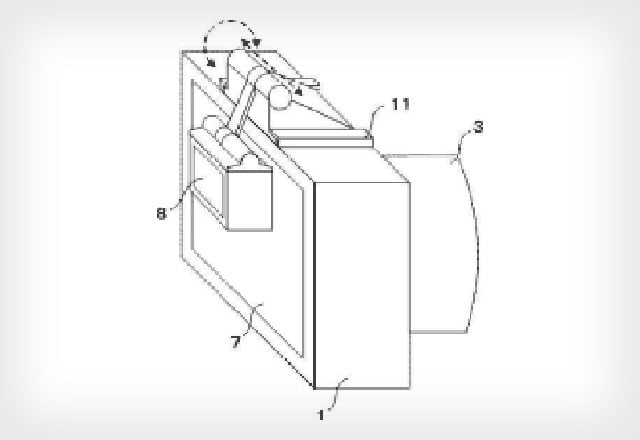 LCD screens on the backs of cameras have higher and higher resolutions these days, and since the size isn’t usually increasing, we’re seeing more pixel density. It appears that Canon has been thinking about creative uses of these high-res displays: a recently published patent shows a Canon digital camera with a loupe-style viewfinder that swings down onto the LCD to use a portion of the large display as the smaller electronic viewfinder.


The system is one way a camera could offer an electronic viewfinder for cheap. Instead of building two different displays into the camera — a small one for the EVF and a large one for the LCD — this invention would use the LCD for both. The camera would be cheaper to build, and camera users would be able to compose or review their shots through the loupe for a clearer view that’s free of sunlight and glare.

Here are a couple illustrations in the patent that shows the viewfinder glass swinging down. When this is detected, the camera presumably switches modes and displays the entire screen’s content in the portion of the screen that’s under the loupe: 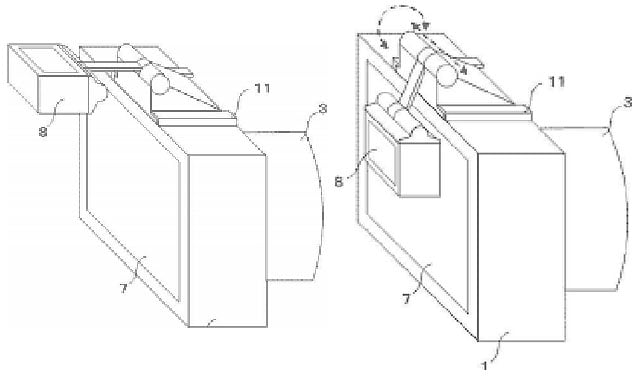 This type of poor-man’s EVF would be more and more usable as LCD screen resolutions increase. One problem that would need to be solved in a production camera is the question of where the “magnifying glass” viewfinder is kept when it’s not in use.

(via Egami via CanonWatch )