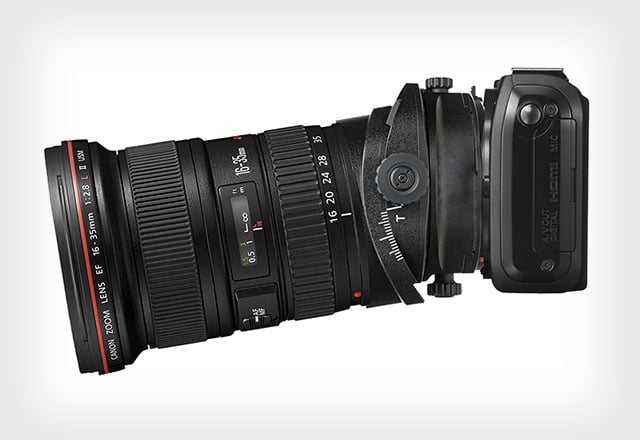 In the future, instead of buying a dedicated Canon lens for tilt and shifting movements, you may be able to simply buy a tilt-shift adapter for your existing EF lenses. A newly surfaced patent suggests that Canon has been working on that kind of universal adapter.

First discovered and shared by Photography Bay, the patent is titled “Adapter and Camera System,” was filed back in February, and was just published about a week ago.

It describes a tilt-shift adapter that would sit between Canon EF lenses and a mirrorless camera — presumably the Canon EOS M. That fact seems to match the rumor we shared last week about Canon focusing more on its EOS M mirrorless line starting in 2016. 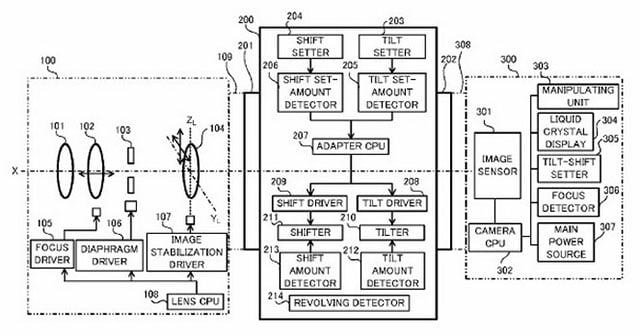 The adapter contains its own CPU and zero optical elements. It apparently communicates with the camera to make sure the tilted and/or shifted image circle falls properly over the entire sensor, and motors inside the adapter can adjust the tilt and shift parameters. When paired with lenses that offer Image Stabilization, the adapter will also be able to use the IS to move the image circle around.

If you’d like to read the patent document for yourself, here it is in its entitreity:

As with any patent, there’s no guarantee if or when we’ll see this concept actually materialize as a Canon product on the market. Still, with the rumors swirling around about a revamped EOS M mirrorless camera, it could very well be a sign that Canon has some major innovations in store as it starts to run harder in the mirrorless camera race.

A Portrait Shoot at 13,500 Feet Above Ground