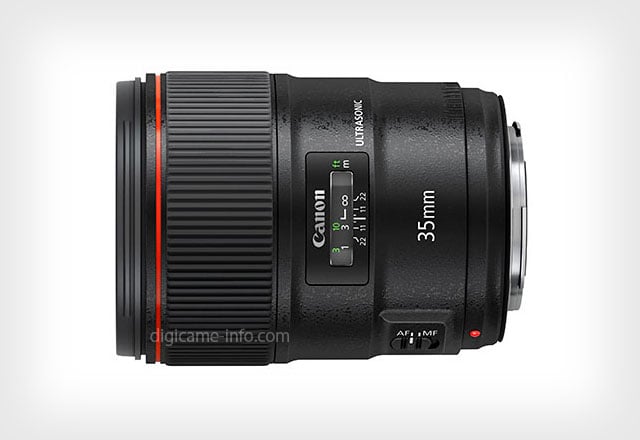 A Canon 35mm f/1.4L II lens has been rumored to be nigh since back in 2012, but it appears that the lens may finally be on the cusp of being announced. A leaked photo and list of specs have been published online, giving us a first glimpse into what we can expect from Canon.

The photograph above was received by the Japanese camera site digicam-info from its sources. For the sake of comparison, here’s what the original Mark I version of the lens looks like: 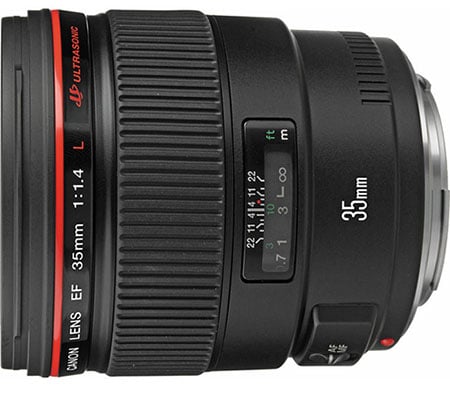 If the leaked image is authentic, then the design of the lens will be very similar to its predecessor, with some slight styling tweaks (e.g. the area around the red ring). It may be longer and heftier, though: the lens will reportedly measure 105.5mm long and weigh 760g, up from the 86.4mm length and 580g weight of the original 35mm.

Canon wouldn’t make the lens bigger and bulkier without good reason, though: we’re guessing the cost comes alongside greatly improved optical performance. It’ll be interesting to see how this new lens stacks up against the Sigma 35mm f/1.4 Art, a highly-regarded lens that stacks up very well optically against equivalent lenses by major manufacturers.

Other rumored specs of the lens include: a construction of 14 elements in 11 groups, Subwavelength Structure Coating (SWC) coating, fluorine coating, a 9-blade circular aperture for smooth bokeh, a minimum focusing distance of 0.28m (~0.92 feet), sealing from dust and water, and a 72mm filter diameter.

No word yet on pricing or availability. Stay tuned.

Grizzly Bear Rolls Down a Hill in Denali National Park