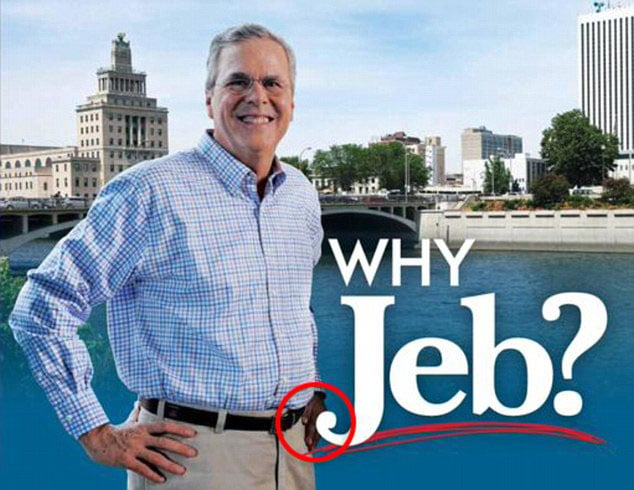 Here’s a humorous example of why you should pay attention to lighting when combining photos into a composite image. A few days ago, Jeb Bush’s super PAC Right to Rise USA tweeted a picture that showed Bush with a stock photo of Cedar Rapids, Iowa, in the background. People immediately noticed that something was strange with Bush’s left hand.

As you can see, the left hand is significantly darker than the right hand in the shot. After the media caught wind of this apparent gaffe, people immediately began calling it a “Photoshop fail” and the first Photoshop blunder of this election season.

Many reporters went ahead and wrote that whoever was behind the image had clumsily Photoshopped Jeb Bush’s head onto a black man’s body.

Donald Trump even joined in on the teasing. “Jeb Bush has a Photoshopped photo for an ad which gives him a black left hand and much different looking body,” he said. “Jeb just can’t get it right!”

However, Right to Rise USA immediately denied that it had Photoshopped Bush onto someone else’s body. As evidence, spokesman Paul Lindsay tweeted out the original photo that Bush’s body was cut out from:

Mysterious hand revealed. Meant to use Valencia. Fail. Not deleting it from our servers. pic.twitter.com/sczIMf1REx

In the original shot, Bush’s left hand is in the shadows, so when he was extracted from the photo, his left hand was indeed very dark compared to his right hand — but they’re still both his hands. 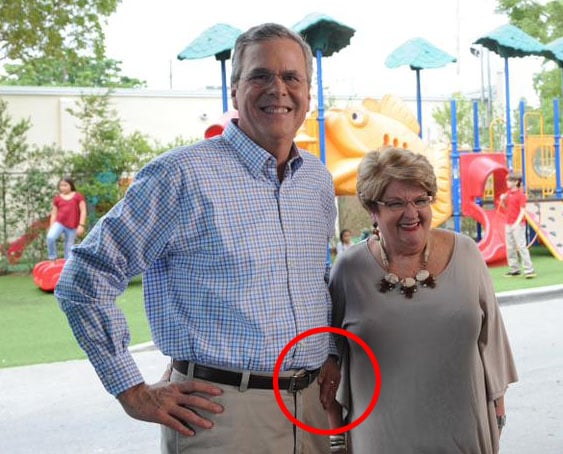 Lesson learned: pay attention to lighting in photos when making composites… especially if you’re working to get someone elected as president of the United States.

Jimmy Chin: Tackling the Worlds Hardest Expeditions with a Camera in Hand