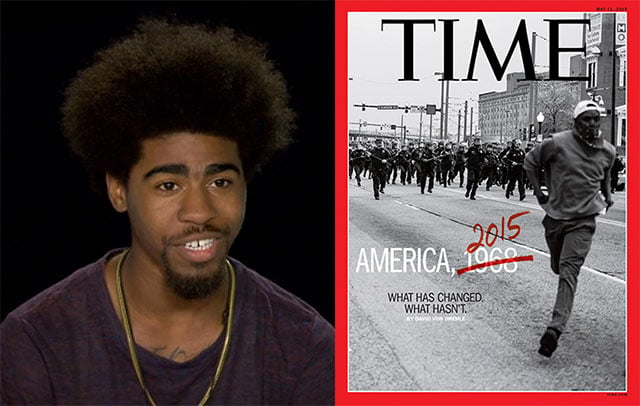 When protests and riots erupted in Baltimore earlier this year after the death of Freddie Gray, 27-year-old photographer Devin Allen began capturing remarkable photos from ground level, giving the world a look at the events through his eyes. Amidst the powerful stream of images he shared on Instagram was one particularly iconic shot of a protestor running from a crowd of police officers — a photo that soon appeared on the cover of TIME magazine.

Flickr just posted this inspiring interview with the young photojournalist that offers a closer look at his life and his famous photo:

“I’m only 27 years old, but I have buried 20-plus friends,” Devin says. Two of his best friends both died to gun violence in the same weekend of 2013. Devin wasn’t with them because he was at a photo shoot.

“Photography saved my life,” he says. “If it wasn’t for photography, I would probably be in a casket. Once I lost those guys, it changed me forever.”

After that experience hit home for Allen, he decided to use photography to escape the streets, and he began pouring all of himself into his work. When the protests began, Allen grabbed his camera and began working to share what was happening without bias.

“My mind was racing when the protests began, because no one really understands Baltimore,” Allen says. “I knew when all the news people came that they weren’t going to get the full story.”

He was surprised by all the attention his photos started getting, and when TIME asked to feature his photo on their cover, Allen and his whole family started crying with joy. Here’s the cover that was published: 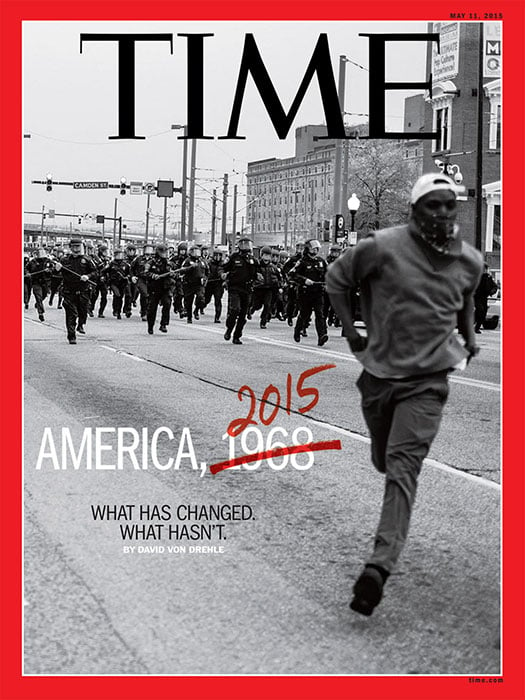 “Being on the cover of TIME changed my life,” Allen says. “It’s just amazing because now I’m able to tell people that dreams come true.”

You can find more of Allen’s photographs on his Flickr and Instagram. We also shared selection of Allen’s Instagram photos during the riots back in April.

The Dreamlike Self-Portraits of Kylli Sparre