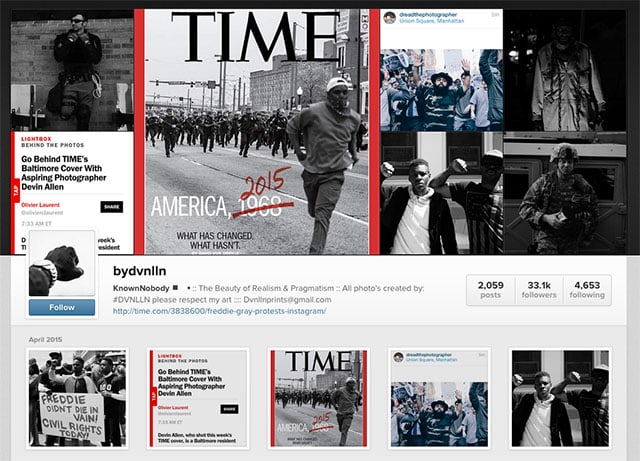 Just a week ago, Devin Allen was just another photo enthusiast sharing his work on the Web, regularly posting artsy photos for his relatively small and faithful Instagram following. After protests and riots erupted in Baltimore this week, Allen suddenly became a much sought-after photographer who’s sharing raw and gritty images from ground level for the world to see.

Allen’s Instagram account, @bydvnlln, has quickly attracted over 30,000 followers and its images have been published by major media outlets around the world. TIME chose one of Allen’s photos for the cover of this week’s issue: 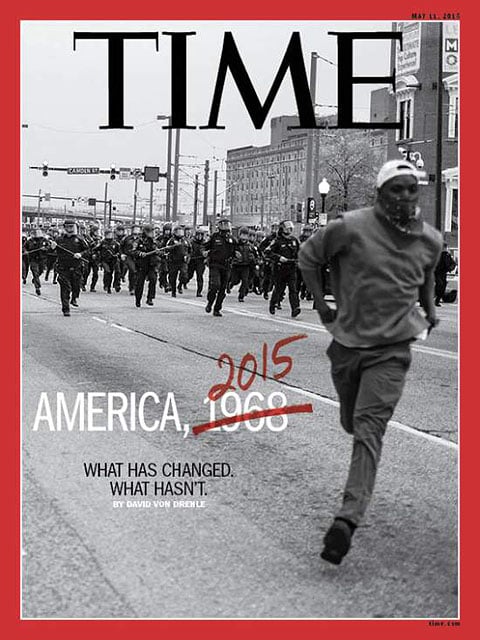 TIME also published a piece about Allen and his viral photos. The magazine reports that Allen is a 26-year-old Baltimore-based amateur photographer who first picked up a camera two years ago and now hopes to turn his passion into a career. After the conflicts began, Allen quickly decided to cover it for the world to see.

“Of course, since I’m a black man, I understand the frustration, but at the same time, I’m a photographer,” Allen tells TIME. “I’m not going to lie to you. I’m going to tell you exactly what happened. That was the goal.”

Here are some of the images he has been shooting and sharing from the front lines:

These images and their popularity are a great example of how trends and technologies are ushering in a new era of citizen journalism. You can find more of Allen’s work and follow along with his coverage over on his Instagram account.

The ‘Take Every Photo Gig You Can Get’ Approach