This past weekend, New York-based photographer Brian Maffitt set up an angled mirror underneath his bird feeder and photographed hummingbirds for a few hours. Afterward, he combined a large number of the photos into this single, surreal composite photo showing ruby-throated hummingbirds swarming.

Here’s the setup he was using: it’s a Manfrotto tripod with a DigiPlate laptop mount holding up a mirror. This allows Maffitt to photograph the feeder from directly below without having to position himself close to the bird feeder and scare off the hummingbirds. 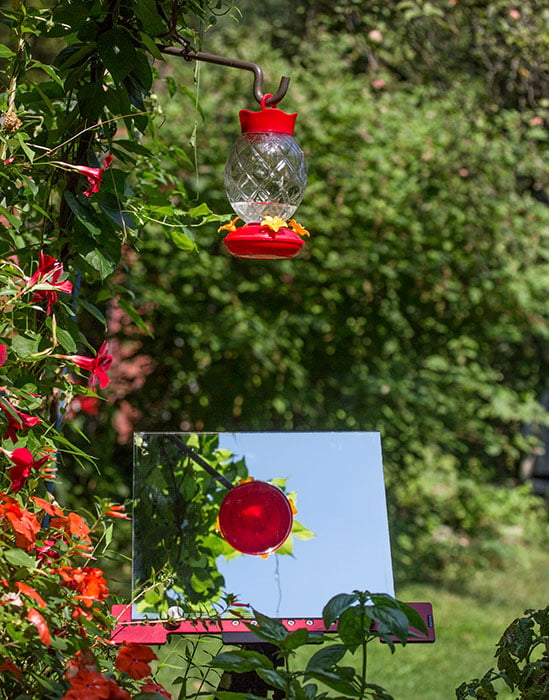 “Assembly of the final image took me about 8 hours of steady editing, as each bird had to be carefully masked and positioned,” Maffitt tells PetaPixel.

You can find a high-res version of the photo on Maffitt’s Flickr account. Here’s a crop of the image that shows more details: 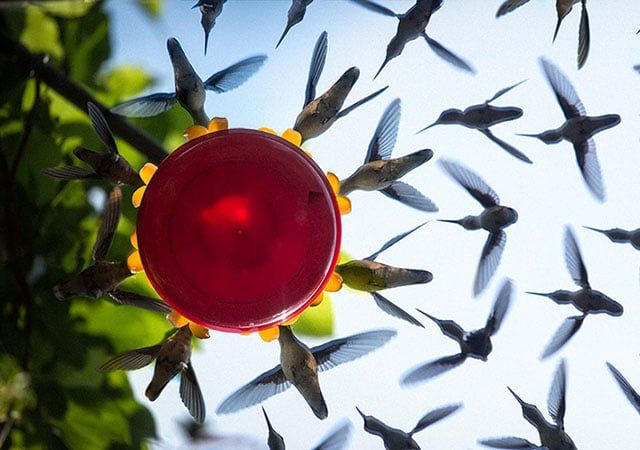 Maffitt says things “blew up overnight” after he shared the photo on Reddit. It hit the front page and was viewed 1.5 million times in just the first 12 hours.

Image credits: Photographs by Brian Maffitt and used with permission