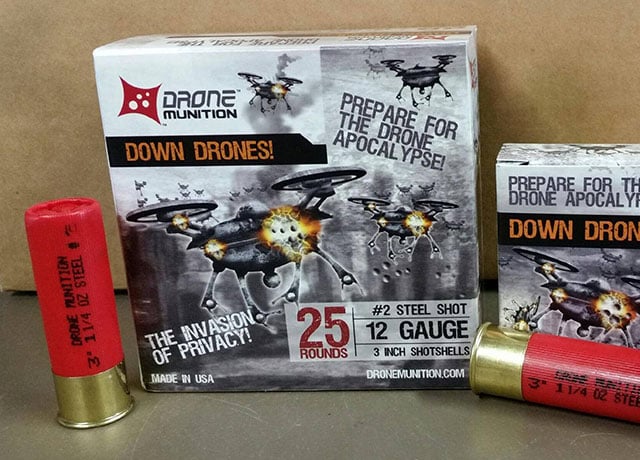 The have been a couple of incidents over the past couple of years involving people shooting down camera drones that are flying over their property. In another case, a teen sparked controversy by attaching a handgun to a drone. Snake River says its new shell is in response to these stories.

“With the ability to carry on board cameras, drones have been and are being used for spying on unsuspecting neighbors and others without their permission,” Snake River writes. “With little regulation surrounding drone use, there is much confusion about what a person may do to defend against drone threats.” 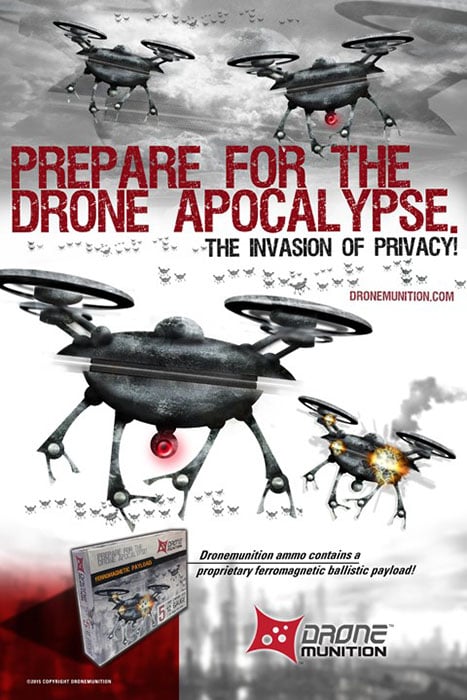 “The rounds are a 12 gauge 3″ shot shell solution aimed at defending against drone-based privacy concerns and terror.” Each shell carries a proprietary ferromagnetic ballistic payload “that will effectively disable a drone encroaching your property’s airspace.”

When not being used on drones, the round is also suitable for hunting ducks, geese, or turkeys. Additional details are sparse on the new Drone Munition website, but Snake River is listing out a number of stores and distribution channels that will be selling the new rounds.

As you might expect, this new ammo is generating quite a bit of controversy. Over at AmmoLand, which published the press release, many commenters are pointing out that it’s a felony to shoot down drones, even if it’s hovering over your property.

“People, buy this ammo if your plan is to become felons!” one commenter writes.

“Luckily we all have freedom to our opinion and to support or not any product we wish,” Snake River responds on its Facebook page. “Let’s be clear: the reason for the creation of this product is to bring awareness of a potential threat that those who wish evil on others now have another way to do so.”