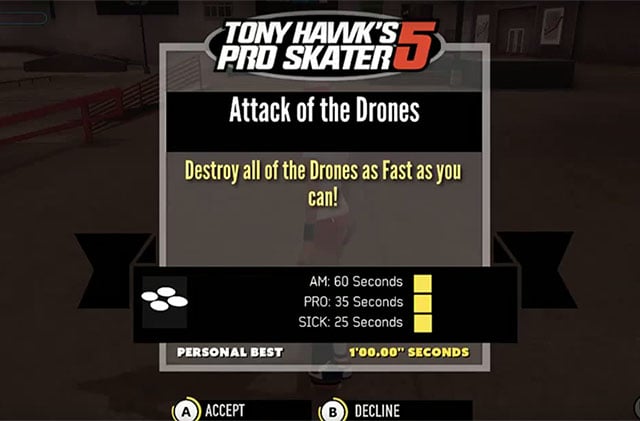 There’s a good deal of hatred toward camera drones these days, and there are regularly stories of people destroying other people’s drones in crazy ways. In July, another man was arrested for shooting down a drone with a shotgun. The following month, a man was filmed hooking a drone with his fishing line.

It seems the video game developer Robomodo doesn’t care much for drones either. In Tony Hawk Pro Skater 5, the popular franchise’s latest installment that was released this week, there’s a challenge called “Attack of the Drones.” Players are tasked with destroying camera drones as quickly as they can.


As you can see from this screenshot, the drones look suspiciously like red DJI Phantom drones with cameras mounted to the bottom: 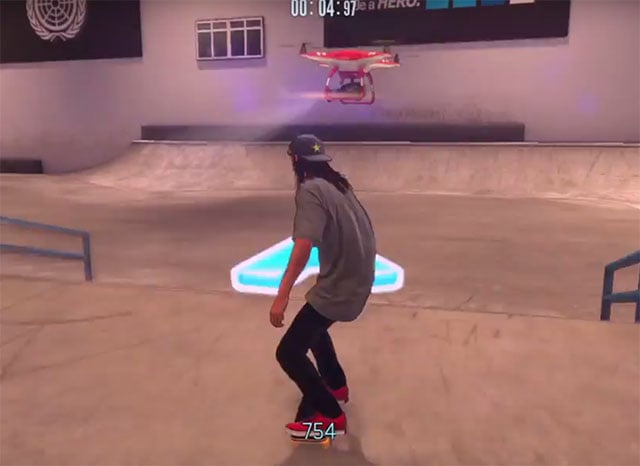 Here are a couple of shot videos showing how the mission is completed. You need to skate into each of the drones, causing them to explode:

The YouTube channel GetBant brought up concerns about the mission to Robomodo on Twitter. Here’s how the exchange went: 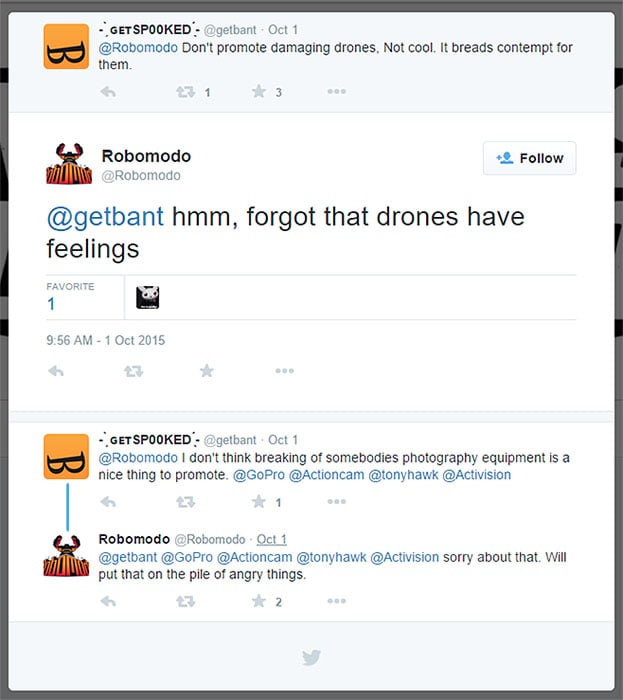 “Drones already have a hard time from people thinking you’re filming kids and invading privacy,” says Lloyd, the photographer who sent in this tip. “But however you personally feel about them, you shouldn’t promote breaking someone else’s possessions. Drones are a form of camera equipment that costs thousands.”