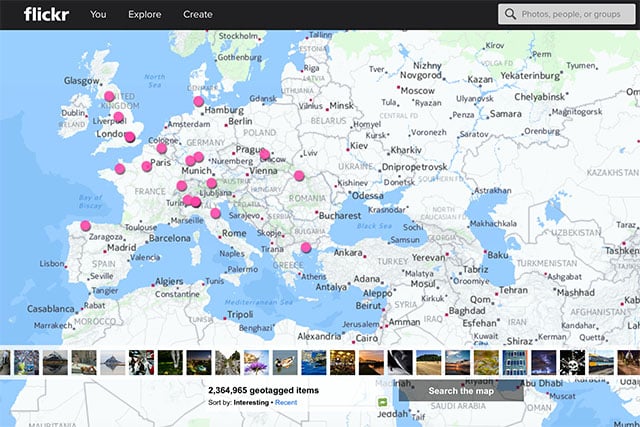 Before you head out for your next vacation, you may want to consider what your photos on Flickr reveal about your travel plans. A new study published in the Royal Society Open Science journal used machine learning algorithms to model the mobility of individuals.

By analyzing the embedded timestamp and geographic information within photographs, the researchers were able to accurately predict where a person is most likely currently located and where they may be headed in the future.

The study focused on analyzing over 8 million different photographs taken by 16,000 different individuals within the United Kingdom. Once pooled and analyzed, the team crafted a formula to predict the probability of finding individuals within a particular location and the likelihood of their movement between a set of places.

“Humans are inherently mobile creatures,” the researchers noted. “The way we move around our environment has consequences for a wide range of problems, including the design of efficient transportation systems and the planning of urban areas.”

“Here, we gather data about the position in space and time of about 16,000 individuals who uploaded geo-tagged images from locations within the UK to the Flickr photo-sharing website.”

General movement pattern for the entire dataset was also analyzed to show movement between various cities. Data such as this could be applied in the future to help assist in the development of new cities and urban planning. When compared to the UK’s National Travel Survey statistics, the researchers found their data matching 92% of the time. The team’s findings suggested that online data could, in fact, be used to model large-scale human mobility patterns.

The researchers concluded that data obtained from photo-sharing websites such as Flickr could be used to model the patterns of human movement. When focused on a single person, their algorithm can predict how likely it is that the individual will be in a given place at given time.

So the next time you decide to snap a photograph and upload it to Flickr, remember that you could be contributing to the study of human movement — and the predicting of where you are.

(via RSOS via Popular Science)

These Portraits Were Created by Combining Photos of Celebrities

Too Bad People Couldn’t Photograph Meteor Showers Back in 1833