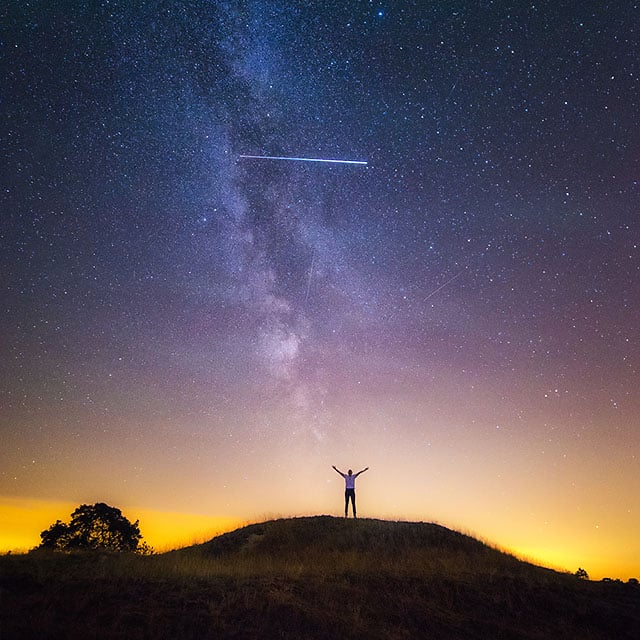 This past weekend, Perseid meteor shower were predicted along with a very clear night. This is quite rare in the Netherlands so I decided to head out with my camera.

Normally I don’t care too much about the meteors — I mainly love to shoot the Milky Way here. I’m greatly inspired by photographers who shoot all of those super vivid Milky Way photos in the extreme dark skies of places like Australia and New Zealand.

In the Netherlands we never get them so vivid, but it is still possible to capture the beauty of the night sky in a beautiful way. I drove to the familiar area near my house called Kootwijkerzand, in the Dutch Veluwe. This is one of the darker places in our country, yet it still suffers from a lot of light pollution.

I took a friend with me so we could take some selfies in front of the Milky Way. Upon arrival it was already obvious that I could get some great shots. The sky was extremely clear and I could even see the Milky Way with my naked eyes.

We walked around a bit and found a nice hill that we could use as an stage so that we could shoot at an angle in which we would be able to take some self-portraits in front of the milky way. This turned out great and we did a couple of shots of both of us standing there.

While I was shooting my friend, I noticed some kind of star slowly moving and disappearing. It looked like a star but it moved much slower. It wasn’t an airplane, as airplanes do not just disappear into the galaxy. I’m not an astronomy expert, so I wasn’t really sure what it was. It made a beautiful strike on my image though, along with some faint strikes from shooting stars from the Perseid shower. 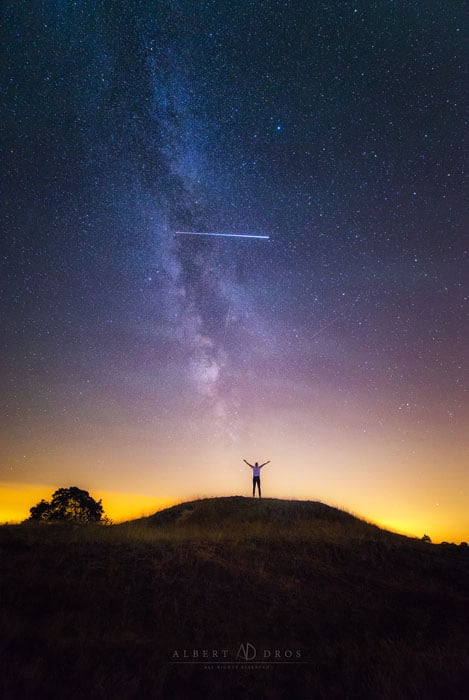 I was quite excited about this image when I saw it on my viewfinder already. When I came home, this was the shot I processed first. I asked around on Facebook and the local astronomy forums, and the people there informed me that this was the International Space Station.

The time in the EXIF data of the photo and the position exactly matched with where the ISS was located at that time. That means I managed to make a self-portrait with the Milk Way, the Perseid shower AND the ISS all in a capture of only 20 seconds.

That night we saw many Perseid shooting stars. I’m not 100% sure the other streaks in the photograph are meteors. They could also be other satellites patrolling the night sky. Either way, this photo with the ISS and the milky way is an extremely rare capture for me in the Netherlands.

A little info about the shot: it was captured with my Sony A7II and Samyang 14mm f2.8 lens. Settings used were: f/2.8, ISO 3200, and a 20 second exposure. Light pollution is a big problem for shots like this in our country. As you can see, there is still severe light pollution. Sometimes, this pollution gives an extra touch to images but most of the time it’s just annoying to deal with. 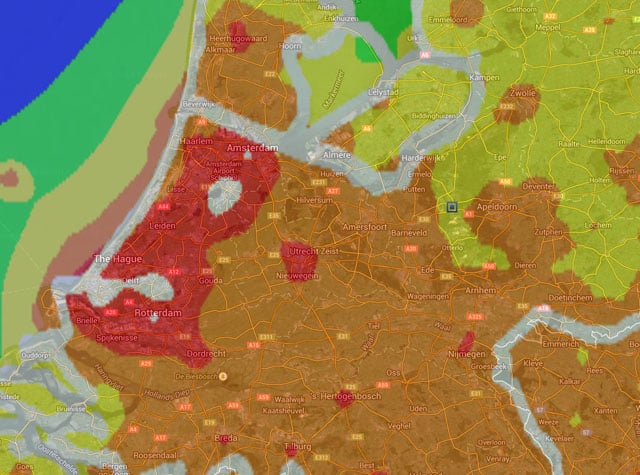 The little black square on the map is the place where I took this shot. Kootwijkerzand (zand means sand) is one of the biggest (if not the biggest) sand areas in Europe. You can see on the dark sky map that the darkness is ‘only’ yellow there so the circumstances are still not optimal. However, on clear nights with no moon it’s possible to see some nice starry skies there.

We also took some other shots during that night: 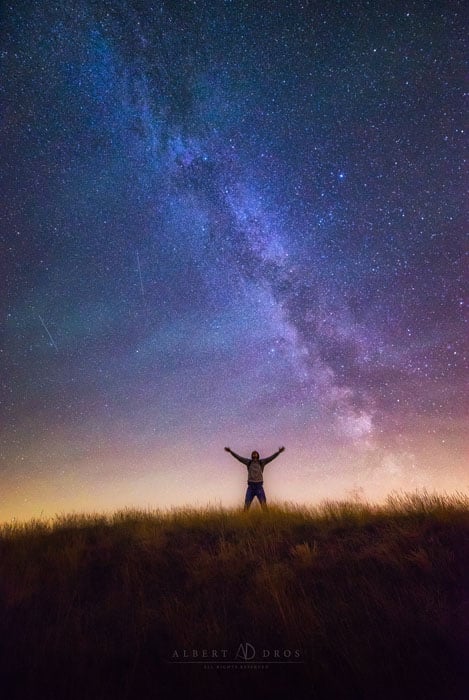 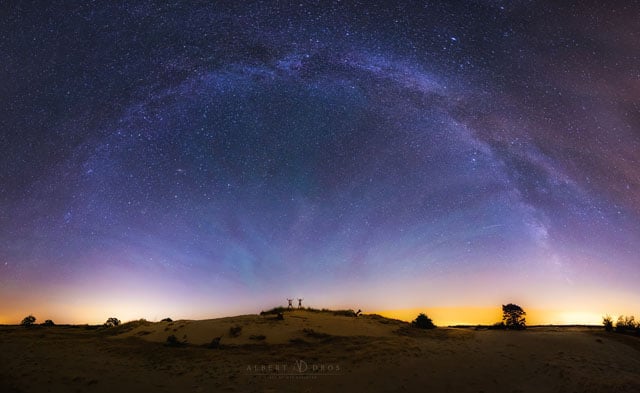 Why I Made an iOS App for My Personal Photo Portfolio