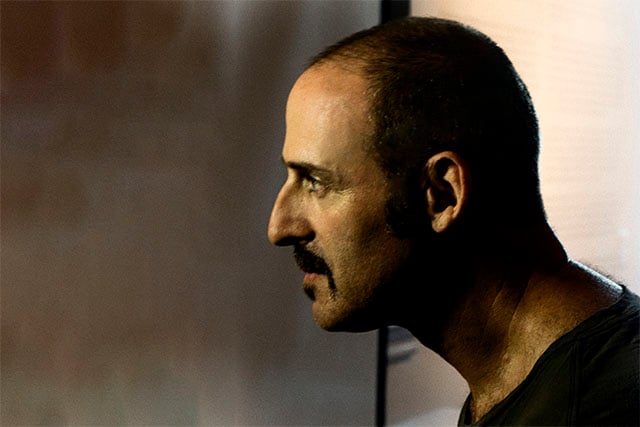 Michael Kamber is a photojournalist who has been working around the world since 1986; he has traveled to Iraq, Afghanistan, Liberia, the Sudan, Haiti, Israel, and many other countries to capture conflict. Kamber has been published in most major newspapers in both the United States and Europe.

Recently, he took the initiative to create an exhibition at the Bronx Documentary Center titled Altered Images, which focuses on exposing documentary photography that has been staged, manipulated, or faked. We spoke to him to learn more about the current state of ethics in photojournalism and where things are headed.

Would you mind telling us a bit about the Altered Images exhibit and what it is that you aimed at capturing?

We researched and put together an exhibition containing the last 150 years of faked, staged, and manipulated photographs starting with the one in Ukraine during the Crimean War, then coming all the way up through the 1900s and present day. In general, we looked at three things: images that were staged and faked for propaganda purposes, photos that were taken out of context and placed with the wrong caption, and then digital and darkroom manipulation where people had gone in and moved things around in the photo.

Do you feel that image altering is getting worse in the age of digital with manipulation tools at our fingertips?

Yes, I definitely think that it is getting worse. As the exhibition shows, this is not something new; it has always gone on. But I think that for a number of reasons it is reaching a critical mass. I think that the photojournalism industry has changed from the industry I grew up in – it doesn’t really exist anymore.

Staff jobs and apprenticeships with editors that can teach you the ropes over a period of years – that has all gone out the window. I think those were the ways certain standards and ethics were passed down. That whole system has disintegrated. So, you’ve got a lot of young photographers who I think are, to no fault of their own, not really trained in photos and ethics and they have the means of production at their fingertips. They have grown up with Photoshop and can change photos at will.

When I was growing up, I didn’t know how to change a negative. I took a photo and if I didn’t like something in the photo or if it wasn’t the photo I wanted, with a different person in it or some object in the photo, I had no ability to change that. If you are a young photographer today and you have something on a screen in front of you, then you can change it very easily. That is a very different situation than what I grew up with.

What would you say to those who would look at a photograph – say the one in Syria where the photographer removed the video camera in the lower left of the image – and says that they are simply cleaning up the image and not changing the meaning?

I think the answer is very simple. If he or she gets to move this, then the next photographer gets to move something else. Once we have established the principle that it is okay for photographers to decide what and what is not important in the photo, and then everything goes out the window. How do you know that the video camera isn’t important? Who is to say that a year from now there is not some debate about something that was videotaped in Syria on that day, and we need to know that there was a videographer present? Maybe there is a debate that arises – we just don’t know.

We can’t be clairvoyant and decide what is important or not for history. Once you establish the principle that photographs can make a judgement about what should and should not be in their photos – you are opening up a pandora’s box that is never going to end.

We need to have total confidence that what we are seeing in the photo is what was in front of the photographer’s camera. And that is at least the starting point. Sure, the photographer could have moved to the left or the right, and he could of moved his camera higher or down low, and that would have changed the photo, but the fact is that he took a certain photo from a certain point of view, and we need to know what was exactly in that photo when he took it.

Would you consider the problem of image manipulation an issue of ethics?

I think that’s the troubling part. Young photographers who frequently have not been given the right training, again to no fault of their own, don’t even see it as an ethical issue. The photographers I’ve talked to, many of them don’t even understand it as an ethical issue. They just say, ‘I’m trying to make the photo better. I’m trying to take out things that are distracting. What does this have to do with ethics?’

Would you say that there is a complete disconnect for most people between image altering and ethics?

Very much so. I have very sophisticated and educated people – doctors, lawyers, academics – who come in and say ‘I didn’t know there was any such thing as ethics. I just assumed newspapers changed things all the time.’ That’s kind of shocking to me.

What do we have to do to reshape the path we are on and restore photojournalism to the way it once was?

I think in particular that a lot of the problems seem to be around these prizes and awards. I think that they really have to lay down the law. I think it needs to be crystal clear what is and what isn’t allowed and when they cross the line I think they should be banned. There should be some draconian thing. There are major photographers who have submitted photos to World Press that are demonstrably false, and they were allowed to keep their prizes. You can go on World Press’ site today and see that their photos are up there. These are photos that we know were staged and faked. That’s quite an extraordinary thing.

If you saw the Italian photographer, Troilo, his photographs from Belgium, the ‘Dark Heart of Europe’ (contains nudity) was, after a huge uproar, disqualified by World Press Photo. He was including photos from a town that was not even in the town he was photographing. But he’s apparently being vetted in a grand prize festival coming up in Italy for the same body of work.

I don’t think we can lay it all at the hand of the contests, but I think especially with freelancers out there destined to make a name, desperate to make a mark, I think they are all desperate to win these contests and awards now. Again, these are not the staff photographers of 15 years ago who had a secure job for life. These are people who are just trying to get their name out. They are desperate to win World Press Photo. They are desperate to win POV. I think the contests are a place we could really focus our efforts and say ‘these are the rules, and if you break the rules, there are going to be severe repercussions.’

Do you feel that people are viewing the news itself as a contest? That they are trying to put their photos over the edge and, as a result, are manipulating the truth?

Yes, I think so. I also think that a lot of photographs today are being seen by both photographers and editors as illustrations. For me, ten years ago, to go into the darkroom and create a heavily burned, impressionistic, black and white photo was a huge amount of work. 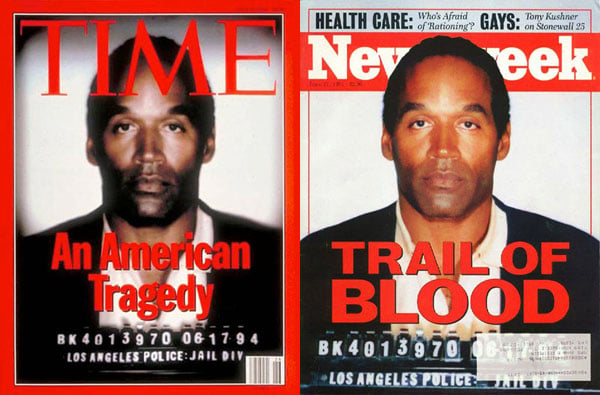 Let’s talk about the famous issue of Time Magazine with OJ Simpson. When we look at the photograph, Time had made Simpson’s skin a lot darker. With something like this, is there a finer line? How do we say that an image has to be exposed a certain way?

When we did this exhibition, it was extraordinary how many photographs are routinely used as a starting point for a magazine cover and it is seen as an illustration, so they do whatever they want with the photograph. They get an illustrator to come in and radically change that photo – frequently without consulting the photographer or alerting the readers. Suddenly we have a photo that is on the magazine, such as the OJ Simpson case, which is radically different from what they started with.

The magazine’s defense is that ‘it’s just an illustration – a photo illustration’; this is outrageous. I can send you ten examples of this. The National Review takes a photo of Obama speaking to a crowd and all the signs in the crowd say ‘forward’ and they change the wording on the signs to say ‘abortion.’ This is just done routinely now.

I think some of the worst offenders are editors. Again, Newsweek taking a photo by Balazs Gardi of a child wounded by Americans and printing it as an illustration for an article about children wounded by the Taliban. This kid wasn’t wounded by the Taliban; he was wounded by Americans. Their response was ‘Well, it’s a wounded Afghan kid, who cares?’ It matters. It matters who the kid was wounded by, and we are seeing a lot of editors who see photographs as just the raw clay with which they can explore their vision and change in whatever way suits their purposes.

What is your personal drive that keeps ethics in your focus?

In regards to anyone interested in Altered Images, despite the physical exhibition being over, can they still visit the collection online – are most of the photos on display?

For anyone who is interested in the Altered Images project, do you plan on releasing a book or any additional work?

We do. We are working on the catalog. We want to have an accompanying catalog for the show. We are trying to pull together the funding now to put that out. It is tough because there are so many photos that have been faked. It is tough to have a discussion of what should be included.