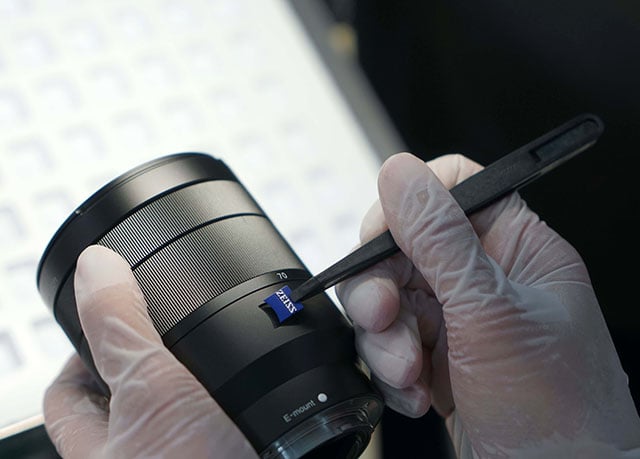 Sony and Zeiss are two brand names that appear together on many of Sony’s cameras and lenses. For the past two decades, the Japanese and German companies (respectively) have had a fruitful partnership in designing and manufacturing gear.

To help clear up any confusion regarding dual-branded camera equipment, Zeiss recently published an interesting article that explains some behind-the-scenes details about the partnership.

Zeiss reveals that the partnership began in the mid-1990s after Sony — a leader in consumer electronics — was looking for a strong brand to partner with to gain traction in the photo industry. Zeiss, on the other hand, was a strong brand name in photography that hadn’t yet gotten a foothold in the wider consumer market. By forming an alliance, Sony and Zeiss aimed to help address each other’s weaknesses.

Over the next 20 years, the two companies created and sold more than 185 million units of various products carrying the Sony/Zeiss brand.

Even as it helps Sony with its camera and lens offerings, Zeiss has continued to design and manufacture its own lenses as well, apart from the partnership with Sony. Here are some of the major differences between Zeiss lenses and Sony/Zeiss lenses:

Servicing: Zeiss lenses can be inspected and serviced by Zeiss’ network of service centers around the world. Sony/Zeiss lenses are handled by Sony Service Centers.

Sales: Sony/Zeiss lenses are sold through Sony’s distribution channels, while Zeiss handles sales of its own lenses.

Zeiss points out that in addition to Sony, it has also partnered with Microsoft for developing Zeiss lenses for smartphone cameras, as well as Logitech for webcams. Those partnerships have resulted in 130 million Zeiss lenses in the world of mobile photography and 7 million lenses for webcams, respectively.

Give the original Zeiss blog post a read if you’re interested in learning more details about the Sony and Zeiss partnership.

(via Zeiss via DPReview)

How Nikon Film SLRs Were Made in the 1990s