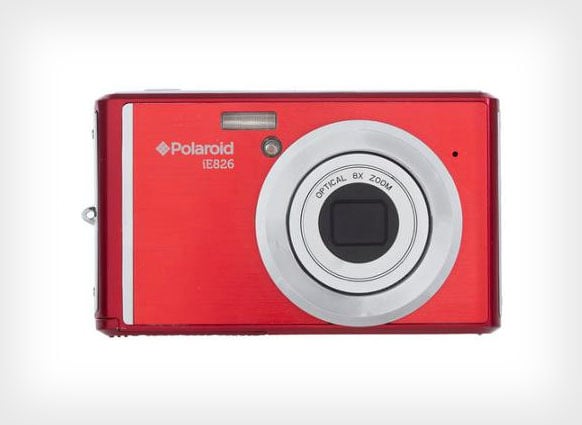 Here’s a tip: if you’re going on a once-in-a-lifetime trip and you’d like to shoot photos of a lifetime to preserve the memories, you probably shouldn’t purchase a cheap $40 compact camera to do so. One couple in the UK did just that, and now they’re upset about the bad honeymoon photos they ended up with.

The Daily Mail reports that 33-year-old Kirsty Fuller and her new husband recently visited Brazil for their honeymoon, purchasing a £40 Polaroid IE826 camera at Argos before they left to document the trip. This is a camera that costs $39 at Walmart and has 2/5 stars from customer reviews.

“This is the worst camera I have ever owned,” writes one owner. “If you don’t hold it completely still, your pictures will be blurry. Even if you do get a good shot, it is still fuzzy.”

Fuller says she shot more than 300 photos during the trip, but was then disappointed and ‘heartbroken’ after returning home, reviewing the images, and finding that she hadn’t capture “a single perfect photo” in the batch. All the photos were out of focus, blurry, or poorly exposed, despite looking “fine” on the rear LCD during the trip.

Fuller says she then contacted customer service about the horrible image quality from the cheap camera, but was told that the quality is what she should have expected.

“However, if you feel that this item is faulty you will need to take it and its receipt back to one of our stores to discuss this further.”

Argos reportedly refused the woman’s request for a refund, but the company says it’s investigating this issue with the manufacturer behind the Polaroid-branded camera.

P.S. The Polaroid IE826 may be a cheap and poor-quality camera, but we’re guessing a professional photographer could still create some interesting work with it on DigitalRev’s Cheap Camera Challenge.

DSLR Use in Pro Video to Plummet in Coming Years, Report Predicts