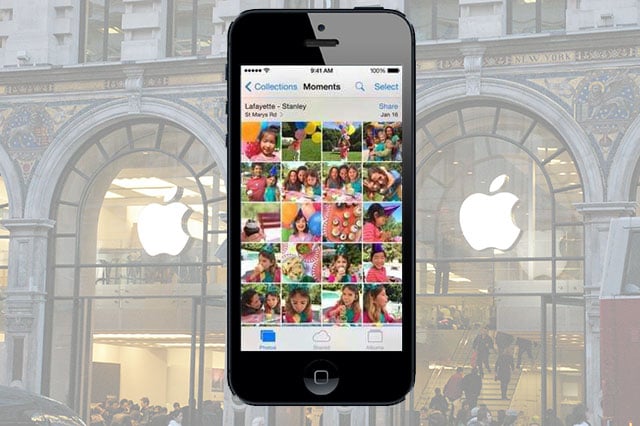 A 68-year-old UK man has won a lawsuit against Apple after having his precious photos accidentally deleted during a repair visit to the company’s Regent Street Apple Store in London.

Deric White claims that he took his iPhone 5 to the store last December after receiving an error notification, the Evening Standard reports. After receiving his phone back from the “Genius” staff members, White found that his phone had been wiped clean of its data — in addition to losing 15 years worth of contacts, the man lost all of the photos and videos stored on the device, including from his recent honeymoon.

“It was only after staff fiddled around they asked if I’d backed my things up,” White says. “My life was saved on that phone. I lost my favourite video of a giant tortoise biting my hand on honeymoon in the Seychelles.”

White then filed a lawsuit against Apple for £5,000 (~$7,500), claiming that Apple employees were “negligent” with his photos and data. The courts agreed, and today it ruled in White’s favor, awarding him £1,200 ($1,800) in compensation, The Mirror reports.

“The defendant’s employees were negligent in the treatment of the claimant’s telephone,” Judge Ruth Fine told the hearing, “causing the claimant loss of photographs of particular sentimental value and the loss of all his contacts.”

“Just because damages are difficult to assess does not disentitle a claimant to compensation.”

In its defense, Apple said that White handed his phone over while knowing that his photos weren’t backed up, and that the employees inform all customers that data may be lost before doing repairs on devices.

Image credits: Header illustration based on photo by Ged Carroll