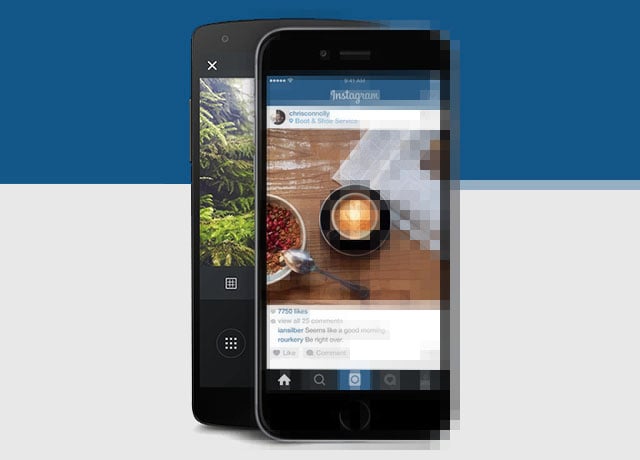 On Monday, we shared that Instagram had begun quietly storing larger 1080px versions of photos, up from the 640px resolution of the past (when the service launched the size was 612px).

Instagram has now confirmed the resolution increase across its photo-sharing service, and says that the change will improve the quality of photos while having minimal impact on file size and data usage.

Company co-founder Mike Krieger tweeted on Monday that the 1080×1080 images were being rolled out to Instagram’s iOS and Android apps: With each photo going from 0.41 megapixels to 1.2 megapixels, some users were understandably concerned that the change would cause their cell phone data usage to skyrocket while using cellular networks. Krieger responded by saying that improvements to “image optimization” means that the company managed to increase resolution by nearly 3x while keeping file sizes largely the same: We did our own test to see if Krieger’s claim was true. Back in January 2014, we shared a space photo on Instagram that was taken by photographer Mike Hankey. We just uploaded the same image to Instagram. Here’s a comparison of the image qualities between the old and the new versions, both sized to 640px (you can use the slider to go between the two): As you can see, although the new photo has a new size of 1080px, the 640px version is a bit less sharp than the previous version. But how about in terms of file size?

The new file weighs about 110KB, while the old one was about 84KB. That’s a relatively insignificant increase given how many more pixels are now being stored and displayed with the larger photos.

Some photographers on Flickr recently complained after it was discovered that Flickr had increased compression and decreased quality in order to store more photos in the same amount of disk space. It seems Instagram has done a similar thing, but given that the goals of the service are different from Flickr (snapshots of life versus high quality photos), we’re guessing that Instagram users won’t mind nearly as much.