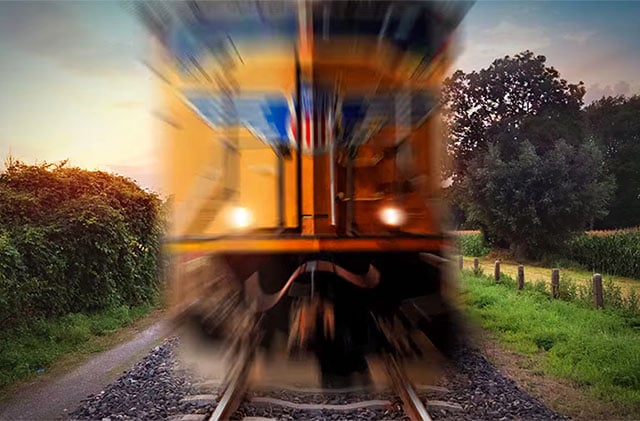 Union Pacific Railroad, the largest railroad company in the United States, has launched a new campaign that warns photographers and the public from taking photos on train tracks.

As part of the effort, the company has created two 15-second videos that can be watched quickly and understood easily:

The videos are designed to warn high school seniors from taking their senior pictures on train tracks. “Choosing to take your senior photos on railroad tracks is not only illegal; it can be deadly,” Union Pacific says.

“Sure, railroad tracks seem like a cool backdrop for a photo. But imagine a massive locomotive coming at you, with momentum so great it’s unable to stop. You’re certain you’ll be able to hear it and get off the tracks in time — but chances are you won’t. Why take that chance?”

“Tracks are for trains, not your senior photos.”

Union Pacific has launched a new photo safety website to spread this message, and the company is also encouraging the public to share this warning with friends and family using the hashtag #TracksAreForTrains.

Photos of an Unusual Pet Family Are a Hit Online

Palette Launches to Shake Up Your Photo Editing with Modular Controls