Shooting a self-portrait a day over many years to create “passage of time” videos has been a popular project ever since Noah Kalina’s everyday video took the Internet by storm several years back. One of the latest ones to surface is one of Daily Show host Jon Stewart that spans a whopping 16 years — and neither Stewart nor his show had anything to do with it.

The 2-minute above is a fan-made time-lapse showing 16 years of Stewart discussing news on The Daily Show. 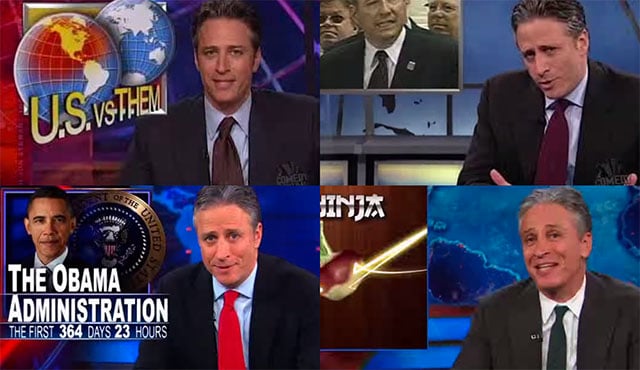 Creator Billy Chasen says he has been faithfully watching the show ever since Jon Stewart took over. He has written up a lengthy article over at Medium explaining how he was able to create the time-lapse with clever programming rather than a huge amount of time and manual effort (with 2,500 episodes, this project would have taken over 80 hours if he spent 2 minutes preparing each frame).

Basically, Chasen scraped screenshot URLs from Comedy Central’s website (it took 3 hours for his script to download them all) and then used face detection to align Stewart’s face in the frames. He then combined the frames into a video, and voila — a 16 year time-lapse!

Digitizing Film: The Post-Production Workflow of the Rescued Film Project