“On an off-world biosphere, biological researchers suspect their newly developed ecosystems may be adapting in unexpected ways,” the tagline says. (Warning: the film contains very strong language and violence.) 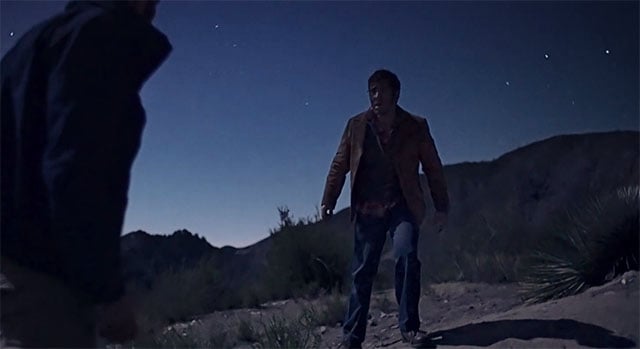 Shapson tells us he and his team shot the film over two nights in the misty mounts of the Angeles National Forest.

“After concluding that we would bring no lights, we found that large bounce cards would be absolutely key,” he tells PetaPixel. “This allowed us to literally bounce moonlight to fill in the deep shadows cast on the talents faces.” 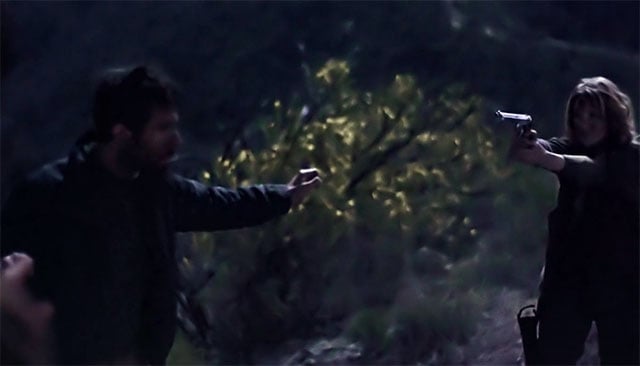 In addition to planning the shoot and tracking the moon and weather for several months, shooting the footage presented challenges as well.

“While producing a low-budget, two night shoot in a remote location is one thing, doing so without allowing ANY light spill whatsoever is something completely different,” Shapson says. “Miraculously, my team and I managed to get everything we needed while avoiding any light from astronomical twilight, city spill, or our flashlights.”

“It was seriously an incredibly thrilling experience that I’ll never forget.”

P.S. Be sure to also check out ‘Moonlight’, a (non-narrative) short that generated quite a bit of interest last year for showing what the A7s can do under moonlight.