For fun, I informally tested all the film sims on an X-T4. The results surprised me. 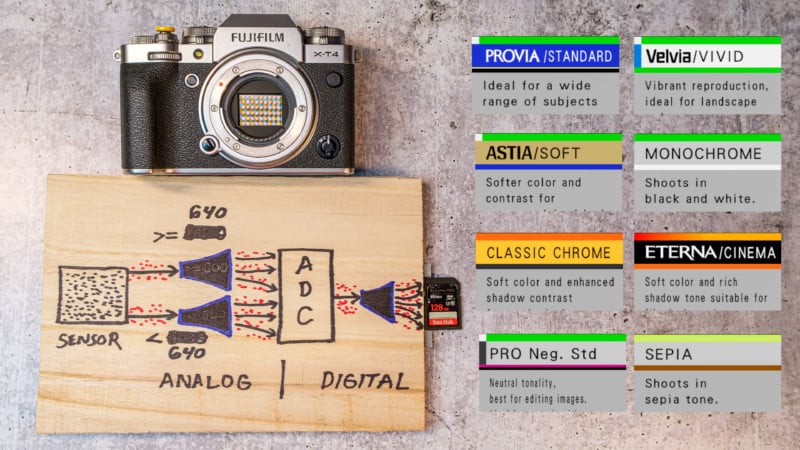 For those of you new to Fujifilm or to photography in general, whenever you increase the camera’s ISO value, you are amplifying the electrical charge from light photons that hit your camera’s sensor. If you are taking photos in low light conditions, increasing the ISO is one of three exposure triangle settings you can make that allows you to capture more light in your image.

For this test, I used only the straight out of camera JPEGs. The reason is that the image quality on the RAW files is heavily dependant on whatever post-production RAW software you are using (e.g., Lightroom, Capture One, etc). 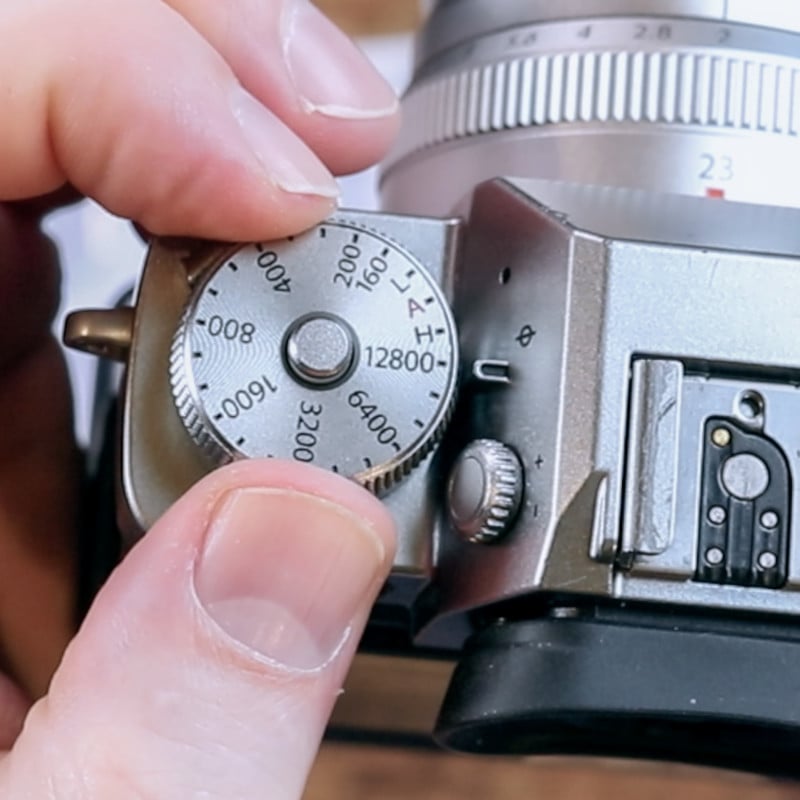 I shot with an X-T4, using the 35mm f/2 lens with identical lighting conditions and settings for each shot. I also zeroed out the additional in-camera image quality settings such as sharpness, clarity, and so forth. I wanted to see results based on the default camera settings. Obviously, if I had set Noise Reduction to +2 or Sharpness to -3 that would have affected the noise. Again, I just wanted to try the test with a zero value for all the menu IQ settings.

I tested each of the 12 main film simulations at the following ISO values: 1600, 3200, 6400, and 12800. Those are all native ISO values for the camera. In addition, I tested two additional ISO values of 25,600 and 51,200. Those are called ‘extended’ or ‘simulated’ ISO values. And they are applied digitally to your already shot image just before your camera saves the file to the SD card.

For a more in-depth look at the images, process, etc. be sure to see the entire video above. Below are some screenshots and some data that briefly summarizes what I was able to find. 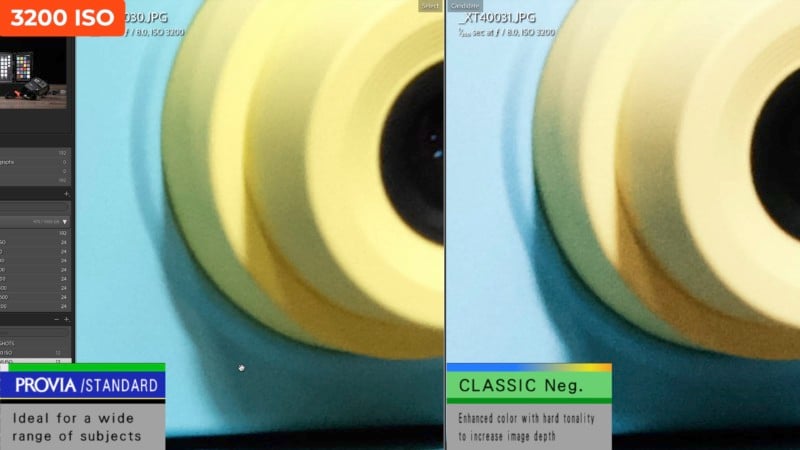 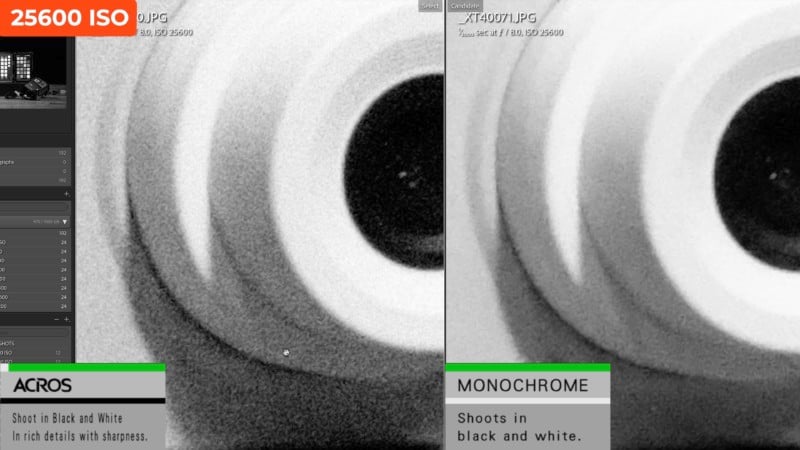 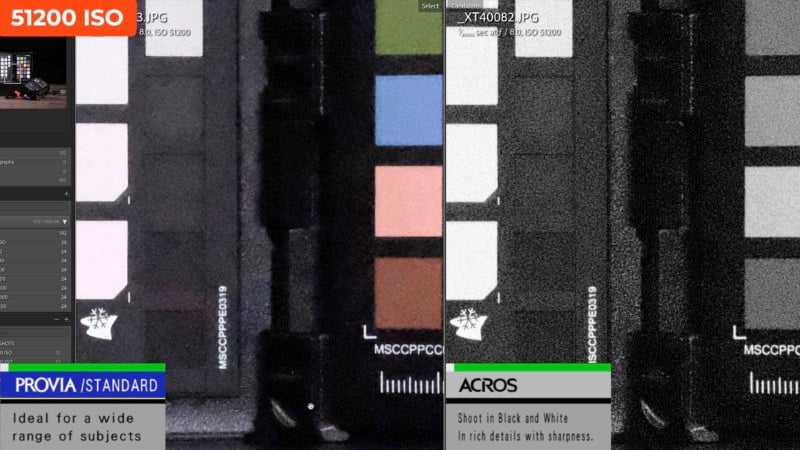 Remember that everything I mentioned above has to do with the straight-out-of-camera JPEG images, which have the film simulations already “baked” into the file. Obviously, if you are shooting in RAW, you will have much more flexibility and your results are more dependant on your demosaicing post-production software.

This was a fun test to try and video to put together. It’s very interesting to look at how Fuji film simulations handle higher ISO ranges. That being said, remember that ISO does not actually create noise, it merely amplifies the noise that’s already in your image. If you want to reduce noise in your images, don’t necessarily always default to raising the ISO. Rather, increase the exposure whenever you possibly can by adding more light or altering your shutter speed and/or aperture.

About the author: Chris Lee is a photographer, technical trainer, and video editor located in the Atlanta area who manages the pal2tech YouTube channel. He recently woke up one morning and realized that he loves teaching photography even more than actually taking photos. We know… he still finds that hard to believe also.