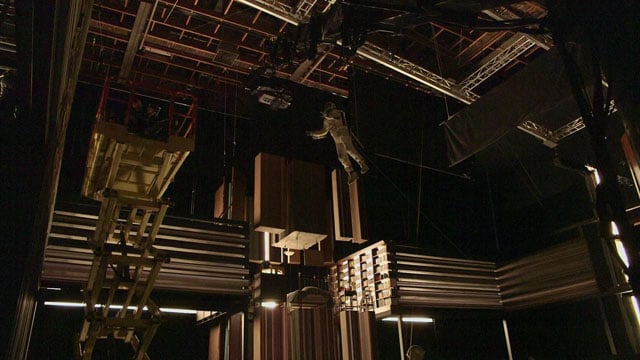 It’s always neat when photographers and film directors opt for creative and ambitious physical sets and effects rather than relying primarily on computer generated imagery. One interesting recent example is the mind-bending tesseract scene in the hit movie Interstellar. Rather than portray time as a dimension using CGI, director Christopher Nolan and his crew built a giant and complex physical set.

Here’s a 9-minute behind-the-scenes video in which Nolan and company talk about how the set came together after months of brainstorming, experimentation, model building, and set building.

What resulted was a massive physical set that the actors and crew could see, understand, and work within: 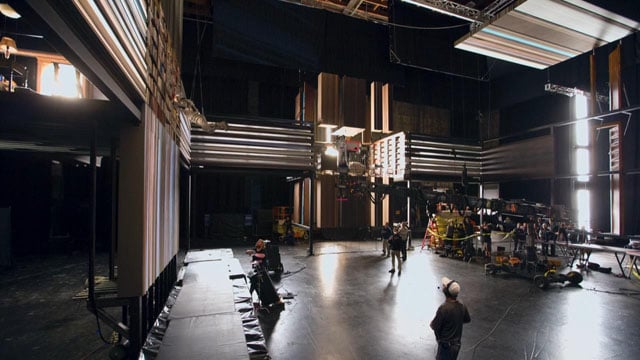 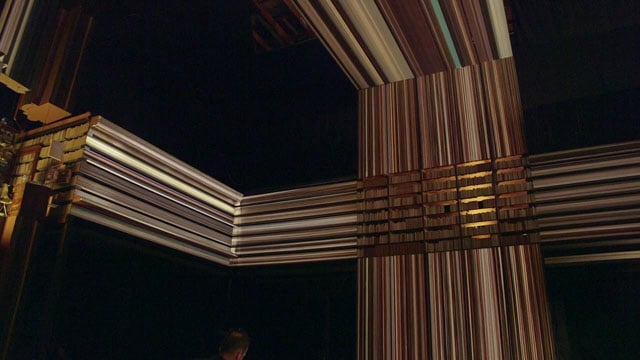 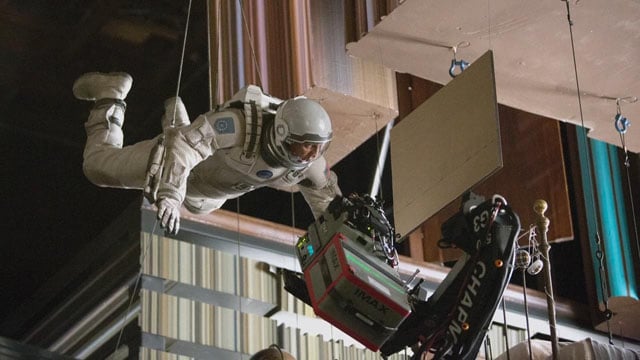 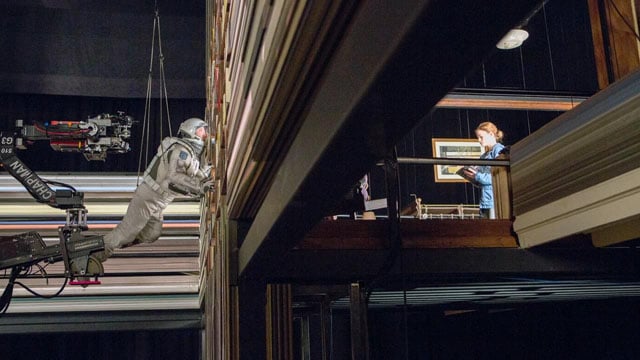 There were also an estimated 15 projectors on the set that gave the extra dimension a dynamic, flickering appearance. Here are two Interstellar clips showing Cooper inside the tesseract:

Raccoon Photographed Riding on an Alligator’s Back