The black hole in the highly-anticipated Christopher Nolan blockbuster Interstellar has already made headlines. Put together with some serious mathematical help from astrophysicist Kip Thorne, it was so accurate he’s actually going to get a few academic papers out of it.

It is, however, 100% CGI and as such outside of our purview as photographers… until now. Just a few days away from the movie’s debut, Shanks FX and PBS decided to recreate the effect using all in-camera elements they’ve shown you how to create before.

First, the results. On the left we have the CGI black hole from Insterstellar, on the right is Shanks FX’s version created by combining elements shot in-camera:

Not too bad right? In fact, downright impressive. The cosmos in the background was created on a sheet of glass with colored milk and dust particles (details here), while the rest of the effects were shot using steel wool and Christmas lights (details here and here, respectively).

Put it all together with some nifty post-processing and you get the final product below, which isn’t quite as neat as Nolan’s but does include the real in-camera effects Nolan praised when he said:

However sophisticated your CGI is, if it’s been created from no physical elements and you haven’t shot anything with the camera, it’s going to stick out. 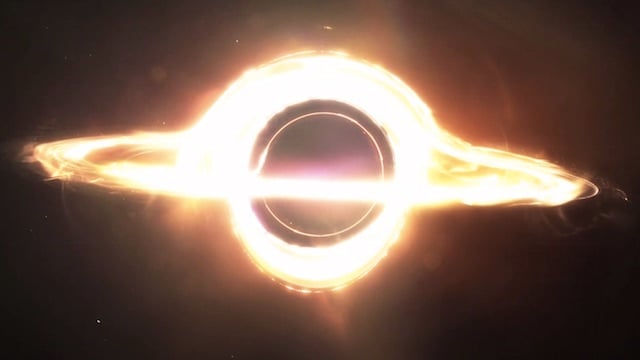 Check out the video up top to see just how many shots it took and how Shanks combined them to get the final product. And then watch this last video to find out more about what is being called, ‘most accurate simulation ever of what a black hole would look like.’

Major University Steals Photograph, Denies It Could’ve Known It Wasn’t Free to Use