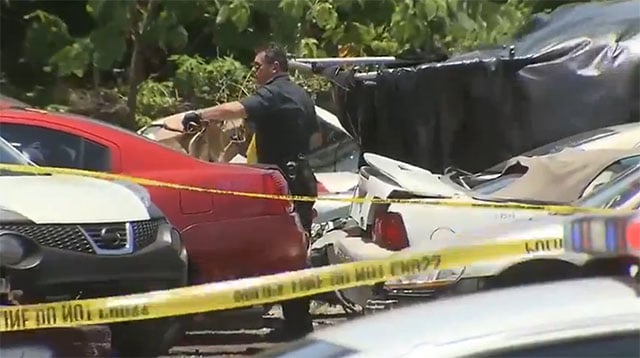 A Florida-based photographer and his model were seriously injured on Tuesday after a freak explosion during a photo shoot in a junk yard.


Local station Local10 reports that 41-year-old South Florida photographer Helmut Montoya and a model were doing a photo shoot at a salvage yard in Fort Lauderdale, Florida, at the time of the accident.

Investigators say the duo was trying to shoot photos of the model inside a broken down car with lit candles as props. Without warning, the car exploded, engulfing the model in 2- to 3-foot high flames.

Montoya then tried to rescue his assistant, pulling her out and using his own body to put out the flames. In the process, Montoya himself suffered burns on his hands and face.

Investigators now believe gas fumes may have been ignited to cause the explosion. Montoya is expected to survive his injuries, but the woman’s burns are currently categorized as life threatening.