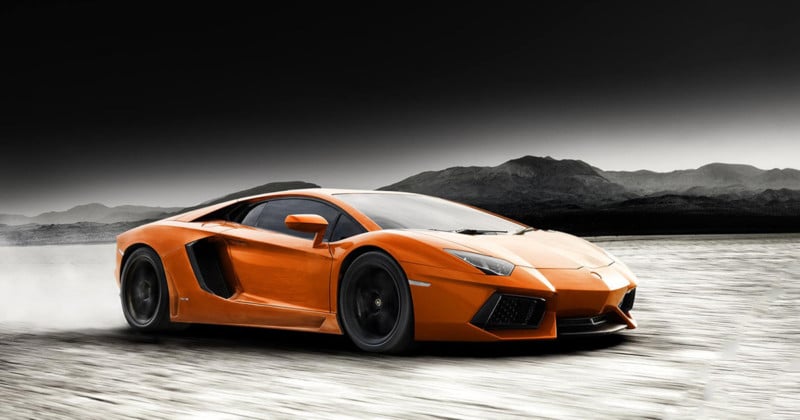 If you’re going to be doing a photo shoot involving a $400,000 sports car, you should probably be extra careful and have an experienced driver handling it. A photographer in the UK just crashed a $400K through a showroom window while trying to set up for a shoot.

The Lancashire Evening Post reports that the photographer got behind the wheel of a bright orange Lamborghini Aventador — which has a starting price tag of $399,500 — and accidentally drove it right through the front of the Amari Supercars showroom in Preston, Lancashire.

In addition to getting scuffed up itself, the Lamborghini also damaged two other sports cars inside the showroom (apparently Ferraris), witnesses say.

The photographer was reportedly trying to move the Lamborghini into place for a photo shoot when the accident occurred. Witnesses say they saw the car suddenly lurch forward and slam through the front windows — not hard to do if you’re not comfortable with handling a car that can go from 0 to 60 in just 2.9 seconds.

How Pokémon GO Has Encouraged Me to Take More Photos