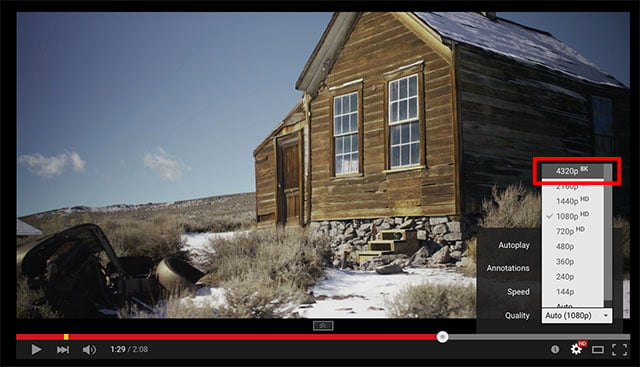 We can all agree on the fact that 4K is last year’s news and if you aren’t watching video at a resolution at least quadruple that resolution, then you might as well be watching in standard definition. Alright, maybe that’s a tad bit extreme and premature, but if you do feel that way, then you’ll be happy to hear that YouTube now officially supports playback of 8K video.

According to a report by 9to5Google, playback of 8K video has been available for a select few items since 2010; however, the ‘8K’ labeling was only added earlier this year. Initial reports indicate that the 4320p video plays back well in Chrome, but can struggle a bit in other browsers. Add this on top of the fact that many users are already having trouble playing 4K video, and you have a very niche selection of viewers.

One of the first public 8K videos, “Ghost Towns”, was uploaded to YouTube only yesterday and showcases high-quality footage captured on a RED Epic Dragon 6K:

Each shot was taken in portrait orientation and then stitched together using Adobe After Effects. As you may have noticed, the video doesn’t fulfill the requirements for true 8K video, and as such has been scaled up by 125% to meet the 7.6K cutoff that is considered 8K.

The producers can’t be blamed, as there are only a few cameras available at this time that can capture 8K video. Many notable companies including RED, won’t have their 8K recording solutions available until the end of this year. 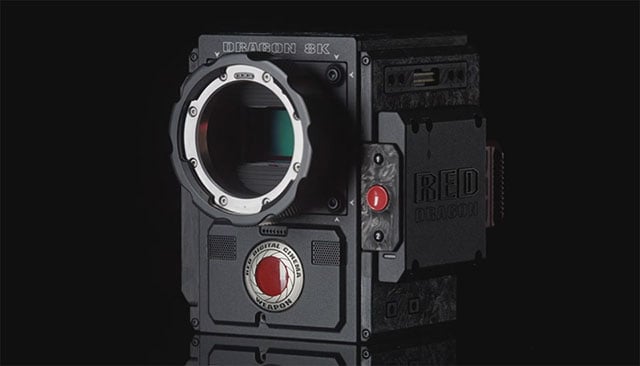 For consumers, as of now, the highest resolution high-end monitors can support is 5K; Examples include Dell’s Ultra HD 5K Monitor and Apple’s 5K iMac. There are also only a limited number of 8K TVs in production including products by Sharp, Panasonic, LG, and Samsung.

But still, 8K monitors are inevitably on their way, and YouTube is now ahead of the game when it comes to supporting the incredibly high resolution.

The American Southwest in B&W