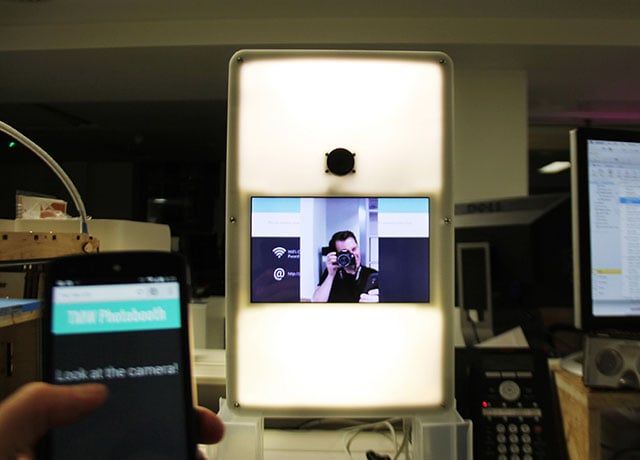 Design technologist Roo Williams was recently tasked with creating a better way to capture corporate employee headshots. What he came up with is a Raspberry Pi-powered mobile photo booth that’s controlled entirely through the subject’s smartphone through a special website. He calls it the “Pi-Booth.”

The core of the photo booth is a Raspberry Pi computer running a custom Python application. There’s a special web interface for controlling the booth, a timed bulb flash on the front, a modified Raspberry Pi camera module with a wider lens, and a button for turning the screen on and off. 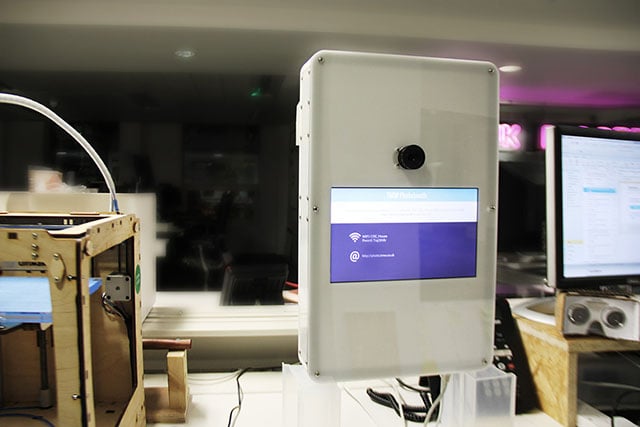 Instead of adding a keyboard or a touchscreen to the booth for the subject to enter their personal information for company records, Williams decided to put all the system controls in a website that people can visit and use through their phones.

“There is something quite fun about pressing a digital button on a smartphone and getting physical feedback (in the form of the flash),” Williams writes. “Smartphone as democratic remote control still fascinates me.” 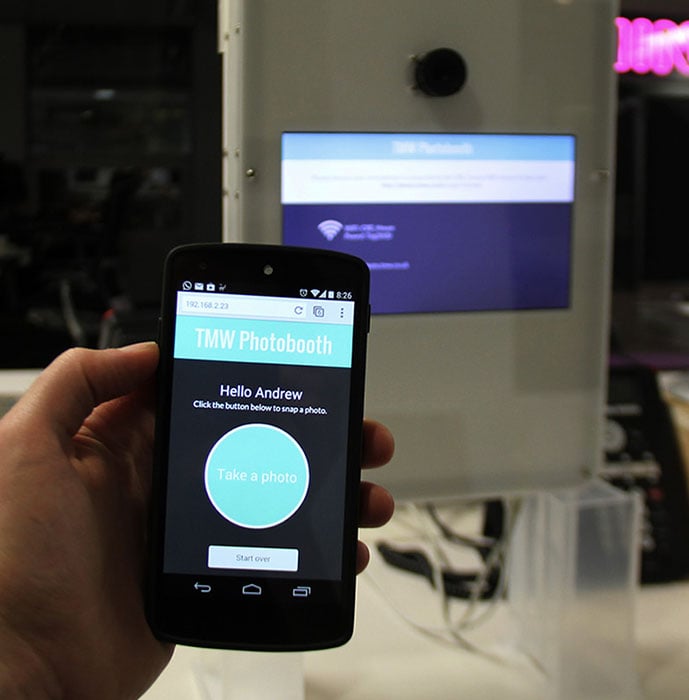 After a subject presses the “shutter button” on the website with their phone, the photo booth will flash, snap a photo, and display the resulting image on the phone and the booth’s screen.

The user can therefore use the booth to update their official company portrait at any time they wish.

Here’s a short video showing how the system works:

You can find more technical details of this DIY photo booth over on Williams’ Github page.

(via Roo Williams via Hackaday)