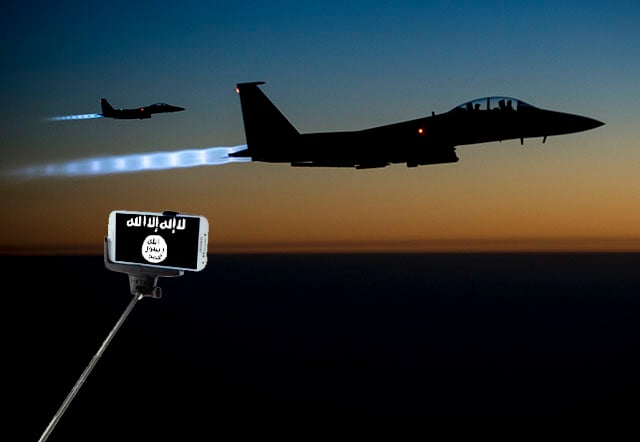 It appears that a selfie posted by a “moron” ISIS militant may have helped the US Air Force find and flatten an ISIS headquarter building.

Defense Tech reports that at a Air Force Association breakfast meeting in Washington DC on Monday, General Hawk Carlisle, the head of Air Combat Command, shared a story of how a careless social media post directly led to an airstrike against ISIS.

He says that a photograph was spotted on social media by surveillance and reconnaissance airmen at Hurlburt Field in Florida, who relayed the info over to those on the front lines.

“The guys that were working down out of Hurlburt, they’re combing through social media and they see some moron standing at this command. And in some social media, open forum, bragging about the command and control capabilities for Daesh, ISIL,” Carlisle said.

“And these guys go: ‘We got an in.’ So they do some work, long story short, about 22 hours later through that very building, three [Joint Direct Attack Munitions] take that entire building out.”

He was careful not to share sensitive details about the location of the building and airstrike, but he noted how ISIS’ enthusiasm of social media was turned against them in this case.

“It was a post on social media to bombs on target in less than 24 hours,” he said. “Incredible work when you think about [it].”

(via Defense Tech via Engadget)

How To Shoot Professional Headshots with Natural and Continuous Light