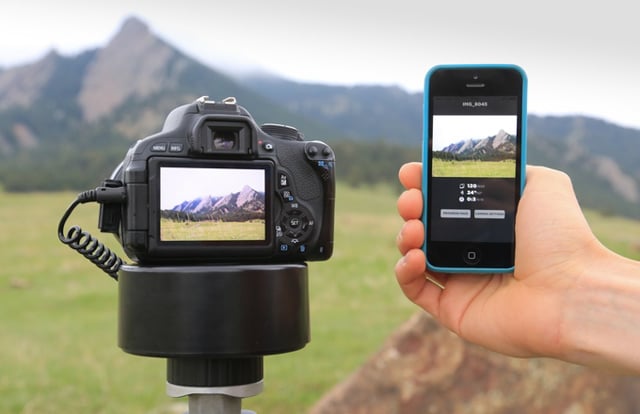 Alpine Labs has announced their latest Kickstarter project, the Radian 2. The second generation Radian is designed to act as a precision motion time-lapse unit with the ability to be wirelessly controlled from a smartphone via Bluetooth. The project has three days to go as of this article’s publishing date but has already surpassed its $153,471 goal, so you are guaranteed to receive the item as a backer.

The Radian 2 has the ability to rotate your camera unit “as slowly as 20,000 discrete position within 360 degrees”. The unit is powered by a stainless steel central shaft and housed in a polymer housing. A single charge via the USB cable will give the internal Li-ion battery around 100 hours of battery life. If you are concerned that the unit may not be strong enough for your camera unit – don’t be worried. The Radian 2 has a stud pull strength of 150 lbs and has the tilting strength capability of a Canon 5D Mark III (2 lbs). Your smartphone will be able to interface with the Radian 2 from a device of 100+ feet.

The specially designed app for the Radian 2 allows shooters to control their time-lapse and camera settings from afar. If you have a Nikon, Canon, or Sony camera, your equipment can be interfaced with the Radian 2 via a USB port for full aperture, shutter speed, and ISO control. As the time-lapse occurs, you can even preview thumbnails on your smartphone. The Radian 2 can be used for panning, tilting, and sliding cameras, depending on the adapter(s) you pickup. An ‘L-bracket’ is needed for vertical tilting, and a linear adapter kit is needed for sliding. Combining multiple Radians is also possible for multi-axis shooting. 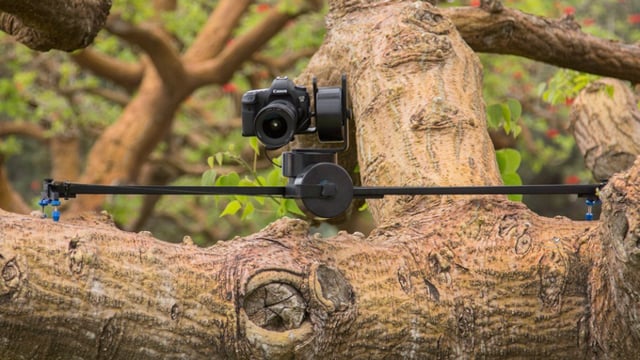 Advanced features of the Radian 2 include ISO and shutter exposure ramping for shooting in situations where the amount of available light changes over time. The mobile application even allows programming using keyframes for non—constant motion. Alpine Labs equipment has been used by both BBC Earth and National Geographic, so you know you won’t be let down.

A Magical Then-and-Now Journey Through Portland