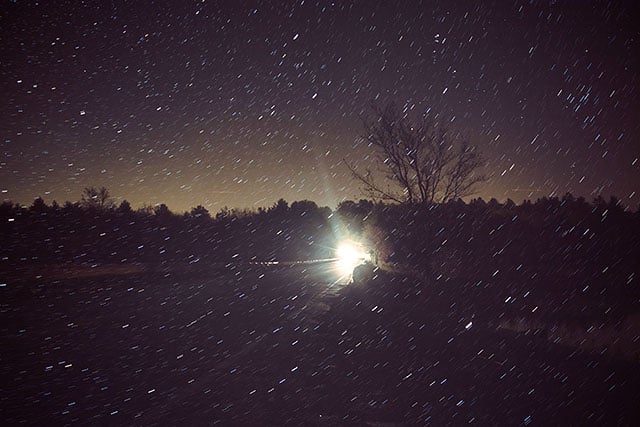 This starry double exposure-style photograph was made using a single long exposure. Photographer Ted Schiele was 190 seconds into a long exposure photo of the night sky when he heard a car coming down the road. He then pointed his camera down towards the car and exposed the camera for another 13 seconds as it approached.

“I didn’t really know what to expect when I did it but I’m pretty happy with the results I guess,” he tells PetaPixel. “If I were to redo it I would probably use a higher ISO because I had to jack up the exposure in Lightroom to bring the stars out which led to more noise than I would have liked. Something for next time.”

How to Survive as a Photographer in Today’s Industry