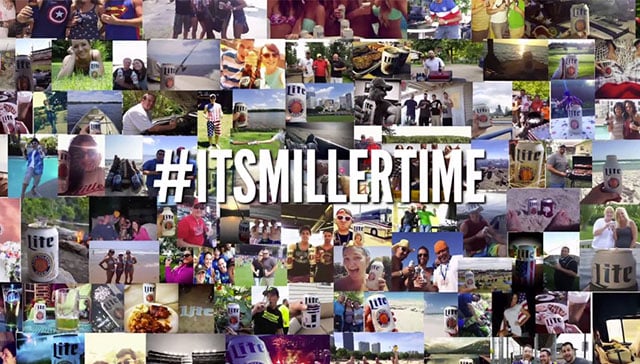 If you’re ever asked for permission to use a photo, be sure you know the scope of what you’re agreeing to before saying yes. Photographer Nikki MayDay Guardascione tells us that she got quite a surprise yesterday when a seemingly-simple photo request from Miller Lite turned out to be for much more usage than she originally thought.

Guardascione, a wedding photographer who previously worked as a photographer and photo editor for AOL and NBC News, had shared a bridal party photo of groomsmen drinking Miller Lite through her Facebook page. 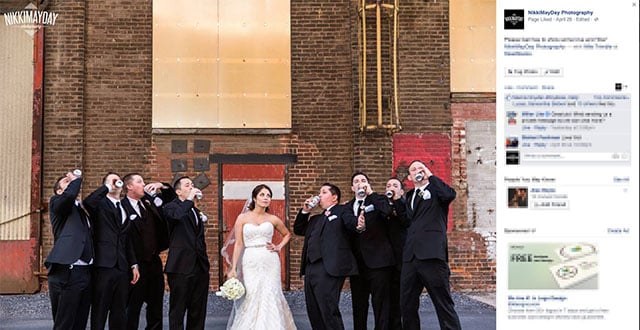 The beer brand Miller Lite came across the photo and sent Guardascione a message asking to use it.

Here’s how the conversation went after Guardascione messaged them back: 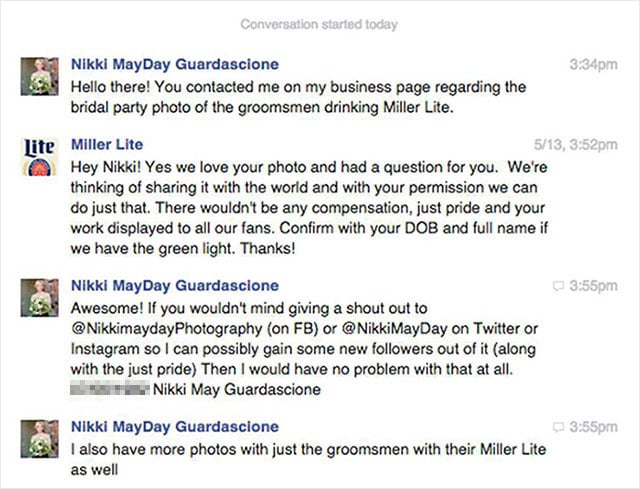 It seemed that Miller Lite wanted to share Guardascione’s photo on their Facebook page to promote their brand, and Guardascione was willing to allow it as long as they linked back to her social media accounts. There wouldn’t be any payment, but Guardascione was okay with getting some publicity and attracting some new online followers.

So far so good, right? Well, the next message surprised Guardascione: 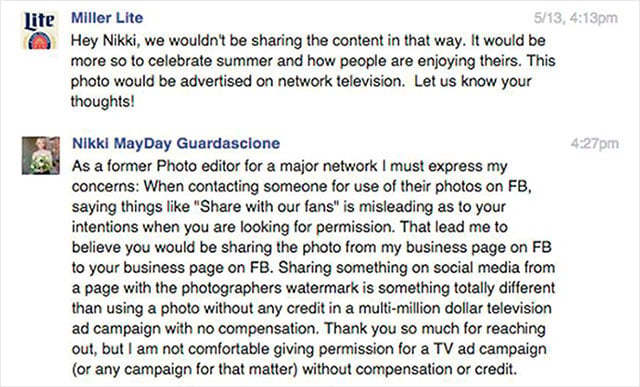 Guardascione says she isn’t happy with how the original request was worded. “Miller Lite is being very misleading in their pursuit to photographers to use their photographs for free in a major television ad campaign,” Guardascione tells PetaPixel, “not even for credit, but for ‘pride’.”

So the moral of the story is: just because a photo usage request sounds casual and insignificant doesn’t mean it is — you could be agreeing to a lot more than you think.

Photographer Reshoots Some of the Oldest Surviving Photos of New York

Speed Editing a RAW Landscape Photo in 5 Minutes with Photoshop