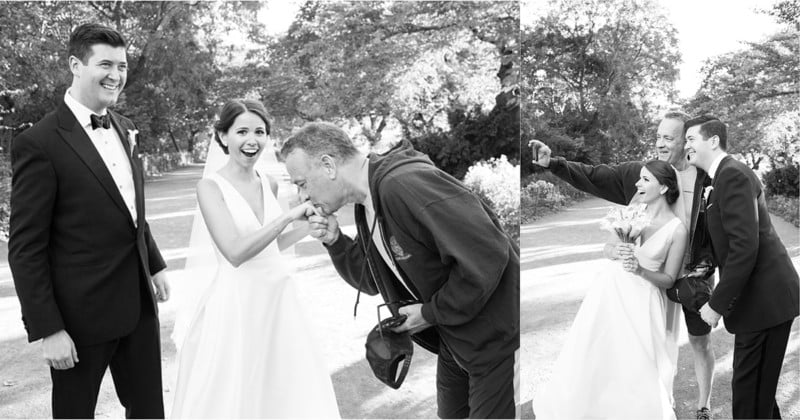 As a wedding photographer, nothing beats a good old fashioned celebrity cameo. Cue Tom Hanks, walking right into NYC photographer Meg Miller‘s frame while she was out shooting bride and groom Elizabeth and Ryan in Central Park last weekend.

Miller has had some “minor” celebrity experiences before, but this was a first.

She was out capturing the couple’s special day in Central Park when she put down her camera to let “this guy” who was walking a little too close to the couple pass by. But instead of passing by, he took off his hat and introduced himself to Elizabeth and Ryan instead: “Hi, I’m Tom Hanks.”

The encounter was captured on video by First Day Films:

And, of course, Meg snapped some beautiful photos of the exchange and the bride’s endearing reaction faces: 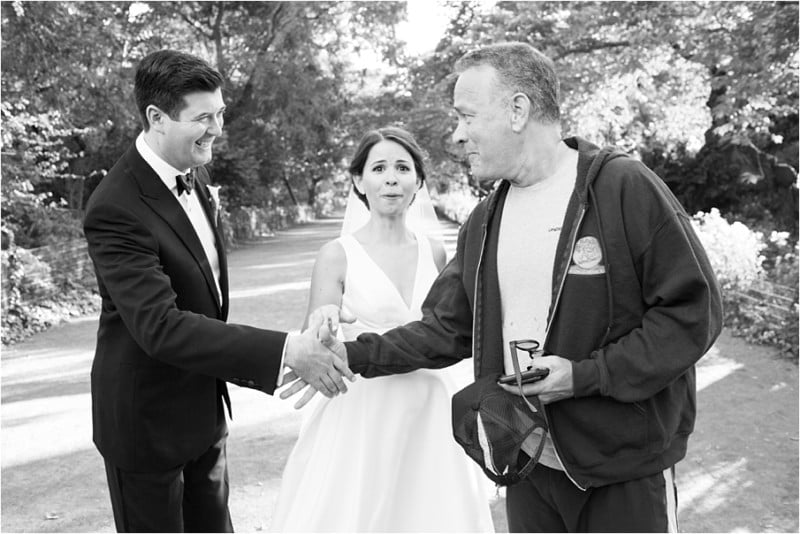 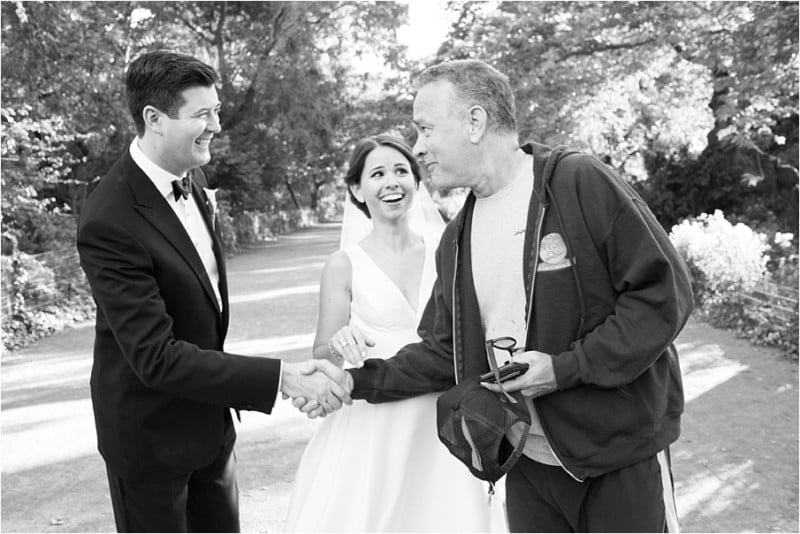 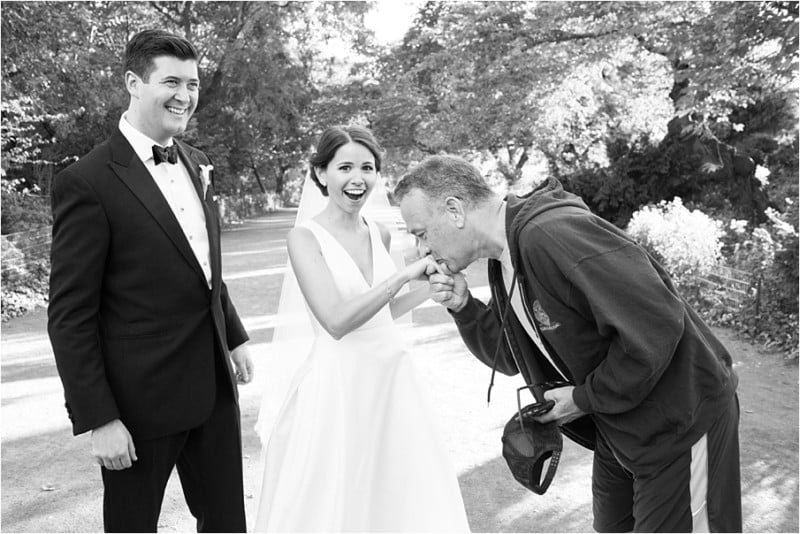 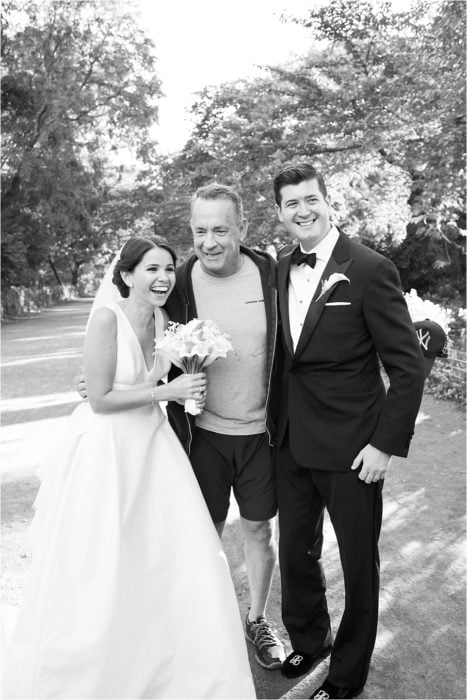 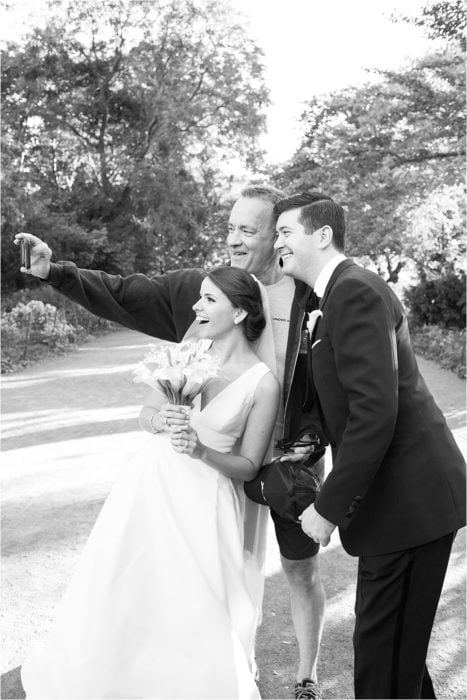 Even Mr. Hanks got in on the photo shoot action. That selfie he’s taking in the last picture is not just a pose for the camera, he posted it to his Twitter and Instagram compete with congratulations for the couple:

The surprise undoubtedly made for an unforgettable photo shoot for couple and photographer both. Speaking of whom, if you’d like to see more of Meg’s work, be sure to visit the Meg Miller Photography website or give her a follow on Instagram.

This Hillary Clinton Photo is a Snapshot of the Selfie Generation