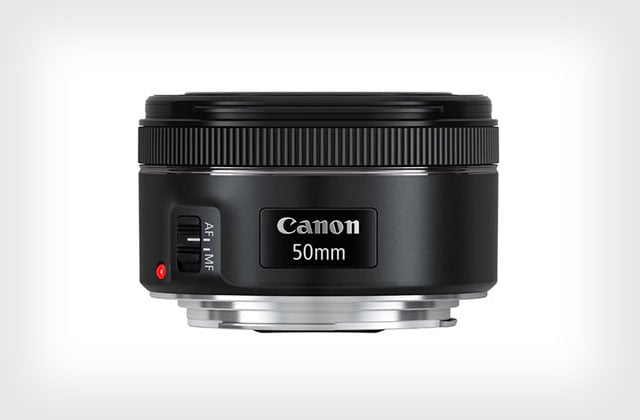 The image above is reportedly the first leaked photo of the upcoming Canon 50mm f/1.8 STM, the replacement for the popular and affordable 50mm f/1.8 II “nifty fifty” lens.

Digicam-info first published the photo and a list of specs. The site reports that the lens will feature 6 elements in 5 groups (just like the Nifty Fifty), a lens coating designed for digital cameras, a stepping motor (STM) for smooth and quiet autofocus, a 49mm filter thread, and full time manual focus.

There’s a metal mount instead of a plastic one, but the lens doesn’t appear to have image stabilization and there’s no distance scale on the body, so “it’s going to be a cheap lens,” Digicam-info writes.

It will reportedly be 39.3mm long (compared to 40.6 for the Nifty Fifty) and weigh 160 grams (the Nifty Fifty weighs 130). From the weight increase and from the leaked product shot, we’re guessing the lens will feature a much more solid build quality than its predecessor (which is known to split into two when dropped or bumped).

CanonWatch says we should expect the official announcement for this lens “very soon.”

Update: Here are some more photos of the lens that were leaked in the Canon Rumors forums: 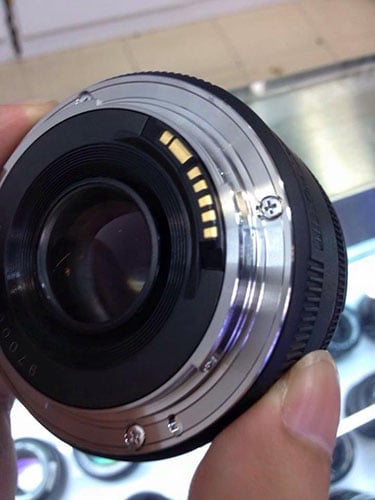 P.S. Back in April, there was a different “leaked” photo of a Canon 50mm f/1.8 IS STM. That one has since been debunked as a fake.

Be Careful When Changing Lenses Outside: Bugs Will Poop Inside Your Camera

This Restaurant Made Special Plates for Smartphone Food Photos