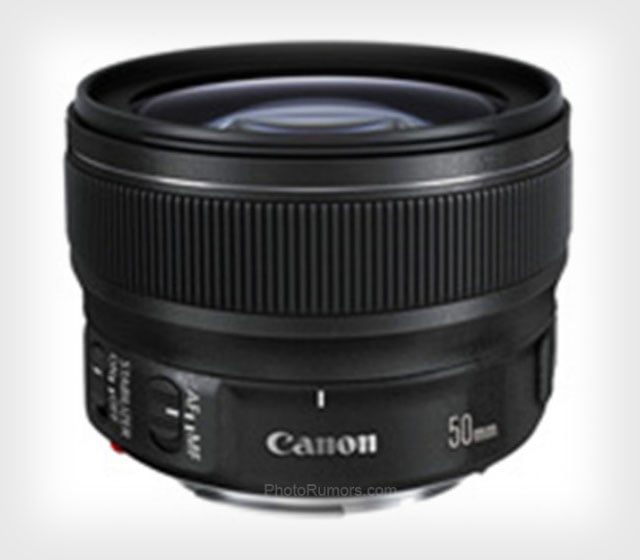 The rumor mill is saying with relative certainty that Canon is planning to launch a new 50mm f/1.8 IS STM lens. The lens has been rumored for a while and may be announced sometime in the near future this month. Photo Rumors reports that it just received the image above, which appears to be the first leaked photograph we’ve seen of this upcoming lens.

Update: Canon Rumors believes this image to be a fake, saying:

We’re pretty sure it’s a fake, as the font used for the “50mm” is the old font Canon used to use. We’ve been told the lens would have a 49mm filter thread, STM AF and it would be f/1.8. We’ve seen no mention of IS, which this image seems to show.

The second sign that this is a fake is the zoom marker, a prime doesn’t need one of those.