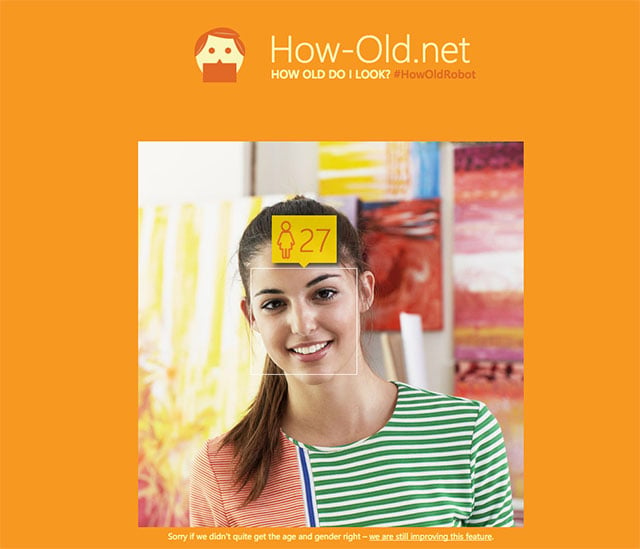 How Old Do I Look? is a simple demo website created by Microsoft engineers who are working on information management and machine learning. Given any photo showing a face, the system will do its best to guess the age and gender of the people in the shot.

The engineers write that they had originally created the website to test out Microsoft’s newly released Face detection APIs, and had sent out the invite to several hundred people for testing and feedback.

Within hours of that email, tens of thousands of users were visiting the page from all over the world, uploading their photos to see how old a computer thinks they are (half the tested images were uploaded, the engineers say).

The main page of the website invites users to either use a pre-chosen photo or to upload one themselves: 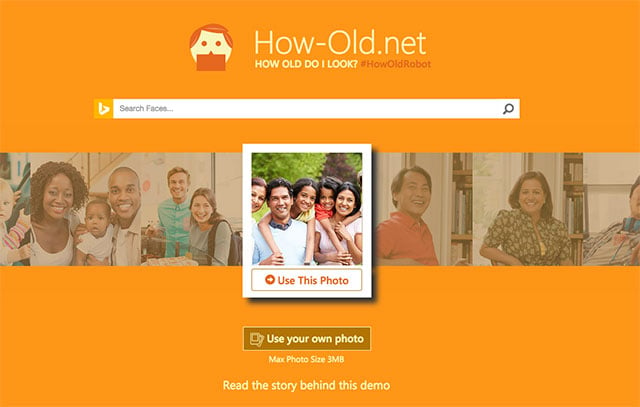 Once selected, the machine will analyze the photo, pick out all the faces in it, and label each face with a gender icon and with an estimated age. The results are generally impressive but not always correct: 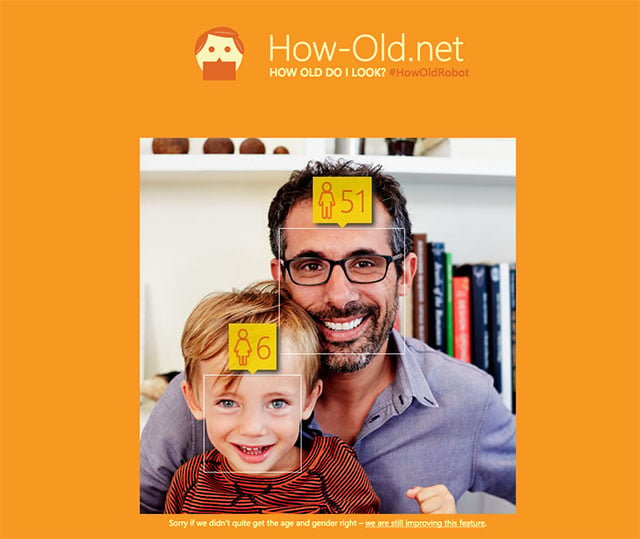 “Sorry if we didn’t quite get the age and gender right – we are still improving this feature,” a message reads on the results page. The whole thing is an example of how Microsoft’s Azure services can build something impressive in a short time — the two developers took just a day to whip the site together.

How Old Do I Look? (via Machine Learning Blog via Boing Boing)