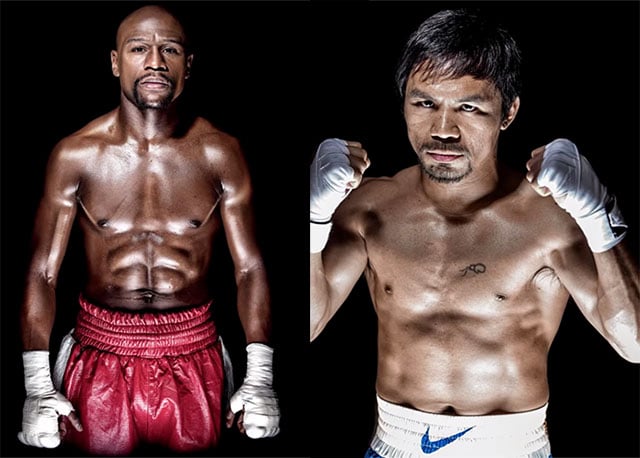 Boxing superstars Floyd Mayweather and Manny Pacquiao are set to engage in a historic match tomorrow dubbed “The Fight of the Century” that’s expected to be the highest grossing fight in the history of the sport. Photographer Alexis Cuarezma was recently tasked with doing a portrait shoot of the two fighters for HBO.

Here’s a behind-the-scenes video in which Cuarezma offers a glimpse into the shoot and the personality of the two boxers:

“HBO has been a client I’ve always wanted to work with,” Cuarezma tells PetaPixel. “I love all the shows and programs they produce. I’ve been visiting them for the past two years showing them my book/work and building a working relationship with them.”

“I recently got asked to cover the press and the promo shoots for the fight. The relationship I’ve build over the years with both SHOWTIME and HBO helped bring this come about.”

Cuarezma did the shoot with a Canon 5D Mark II, a 70-200mm f/2.8L IS II lens, and Profoto B2 lights. “One for up lighting with a softbox and another up high with a 20 degree grid to provide texture,” he says. 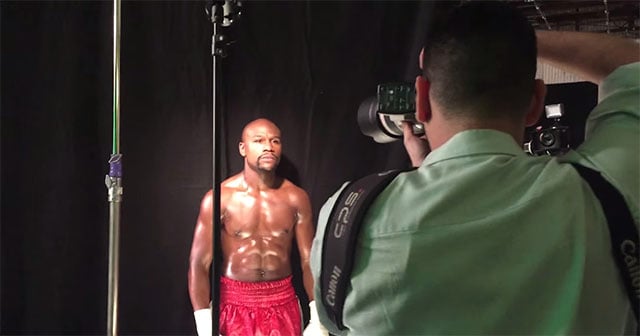 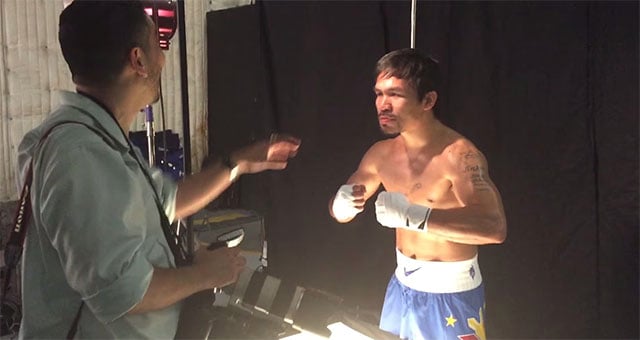 Due to the hustle and bustle of the day, Cuarezma only had less than a minute with each of the fighters. “Manny is super nice and playful in front of the camera. Floyd knows how to turn it on. He’s a pro at it. All that helps on being able to get good photos in such a short time.” 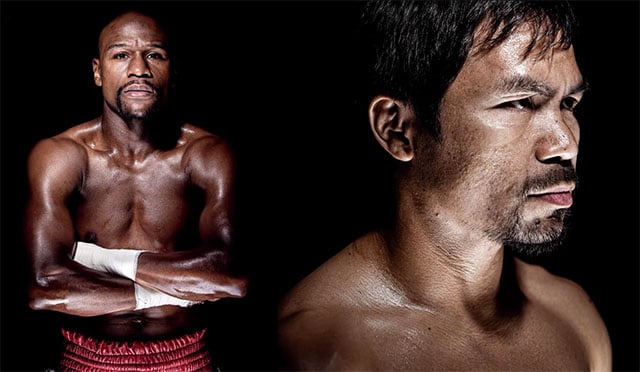 Sports Illustrated picked up two of the portraits for a two page spread for their boxing issue: 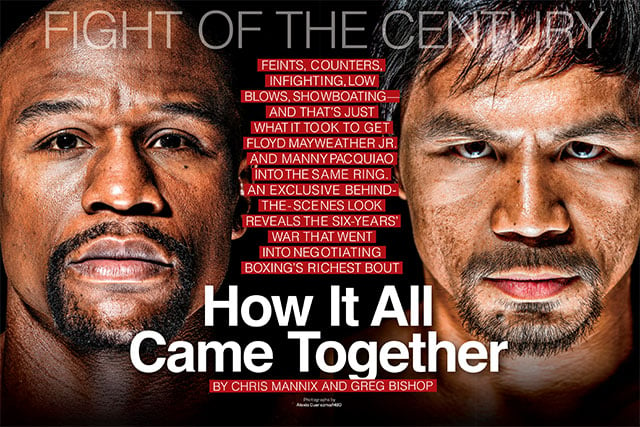 Cuarezma has been covering the world of boxing for the past seven years now. You can find more of his work over on his website and blog.

P.S. Here’s a video showing the stare down photo session at the press conference leading up to the fight. This short session is where photojournalists snag those face-off and group photos.

Image credits: Video and screen grabs by Alexis Cuarezma/HBO and used with permission

MESSENGER Slammed Into Mercury with Over 1,000 Photos Onboard