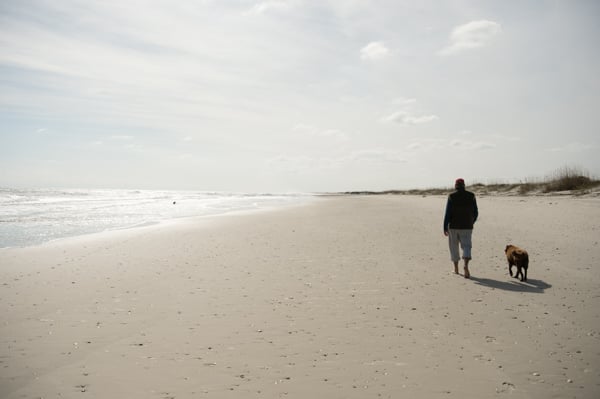 I used to believe that photojournalism represented a platonic ideal of veracity, but this naïve notion has eroded. The cause of this loss of innocence isn’t limited to the high profile manipulation that has dogged the industry, but also the realization that the camera is nothing more than a point of view. Aim it in one direction or another. Take a photo now or later. Select one image over another to display to an audience. There is a fundamental “truthiness” to photojournalism that is inescapable.

Yet, one thing that hasn’t changed for me is the belief that the photojournalist and photojournalism should strive to practice and convey empathy. While the casual observer might believe that photojournalism’s raison d’etre is to display the news, I would disagree. News, when not being salacious, informs of us the human condition, and should ideally strike a chord of empathy within us.

A typhoon in Saipan has the same devastating effect as a hurricane on the eastern seaboard. Poverty in Africa is as tragic as malnourished children in Appalachia. A win by the local cricket team is as momentous as the Knicks winning a game (rare, indeed!).

Despite the commodification of photos in the digital age, an image can still stop us in our tracks. As we’ve seen with the spat of police-related video, images can alter our perception of events and dramatically alter public discourse as it did with Eric Garner in Staten Island and Sandra Bland in Prairie View, TX. Even photos of the black-maned lion, Cecil, spurred a dramatic discussion of hunting, conservation, and animal rights.

Earlier this year, critics took the media to task for portraying the Baltimore protests as a war zone following the murder of Freddie Gray. The initial photos and video footage suggested a city at siege, and thus the media narrative reinforced a stereotype of “thuggery” in the inner city. Photos by Baltimore resident Devin Allen suggested a much more nuanced situation through his Instagram. There were protests and violence, but also vigils and people cleaning up their neighborhoods. Allen’s photography showed great empathy and allowed the audience to connect to the tragedy in a way that smashed cars could not.

Appalachian photographer Roger May recently penned an article entitled “Taking Liberties, Taking Shortcuts, and Taking Advantage of People” in which he lambasts a Vice magazine photo essay on Appalachia photographed by Bruce Gilden and Stacy Kranitz:

It’s a slippery slope when you come to a region often misrepresented or only represented in a certain light, and use people as props. No amount of contrived language, heady MFA-speak, or artistic vision can make up for any of that. I don’t care what agency you work for. In the end, it’s the people who allow us into their lives that matter. People aren’t theories. We have no feedback from the people pictured. Will they receive copies of the magazine so they can see how they’re composed, framed, and displayed? Was it made clear who the photographers were on assignment for? […]

Appalachia is big enough for all of us to be making work that matters, work that can effect change — not only in us, but inside and outside the region. But this isn’t it. As they should, these images will be lost in the noise created by a media outlet more concerned with clicks and buzz than the people photographed in their stories.

More takers in a long line of takers.

You might be familiar with Gilden’s aggressive, in-your-face style of photography, which is as shocking as it is unflattering.

I confess to being previously enamored of Gilden’s style — if nothing else, I have respect for people who do “their thing” for years and years. But after reading May’s article, and seeing Gilden’s images shot over a paltry two days, the love affair is over. Gilden’s images are nothing more than caricatures. His essay is a visual freakshow that says little about the place or the people, and more about creating provocative clickbait. If his intent is to trigger disgust, then mission accomplished. But how to explain the introduction to his essay?

Appalachia is beautiful. The mountains and the forests make it so. But the region’s topography has a strange effect on those who call its habitable valleys, crevices, and crannies home. Most of the towns exist, to some extent, in isolation. Sure, roads and technology connect them to the outside world, but when you’re inside, they can feel like landlocked islands. The result is that God is everywhere. That is to say, you encounter religiosity everywhere, not just because of the population’s devotion but because that devotion has nowhere to go. It’s born into the world, only to bounce off the mountains and echo right back to Main Street. The pot has nowhere to overflow, so every person in Appalachia has a relationship with God, intentionally or otherwise. You could say the same thing about these pictures.

Following this bit of flowery prose, we’re immediately confronted with this image of a middle-aged, sunburnt woman at the Harlan County Poke Sallet Festival, which does nothing but reinforce a hillbilly stereotype. This is not photojournalism.

May provides counterpoint with a crowdsourced photo project entitled “Looking at Appalachia.” Steven Speranza’s photo show a place of beauty.

Andrea Morales’ image has faint echoes of an impoverished area, but also a place of transition.

Gilden has a point of view, for sure, but he also seems to have an agenda that has little to do with the people or places that he’s photographing. Instead of trying to connect the audience empathetically, he triggers a different type of pathos in me. One that has me shaking my head at yet another pathetic attempt to capture Appalachia.

Benedict Cumberbatch Urges Fans to Put Away Their Cameras During Play