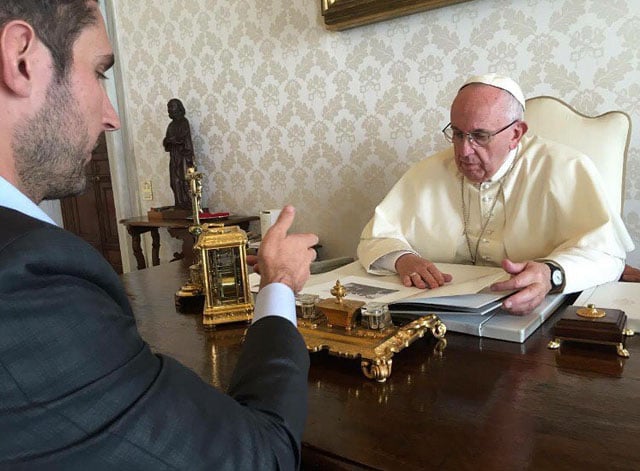 Instagram co-founder and CEO Kevin Systrom paid a visit to the Pope at the Vatican yesterday. The photo sharing tycoon and the leader of the Roman Catholic Church chatted about the power of photography. TIME reports that the two men discussed how images can “unite people across borders, cultures and generations,” and that Systrom presented the Pope with a photo book of 10 powerful Instagram photos. 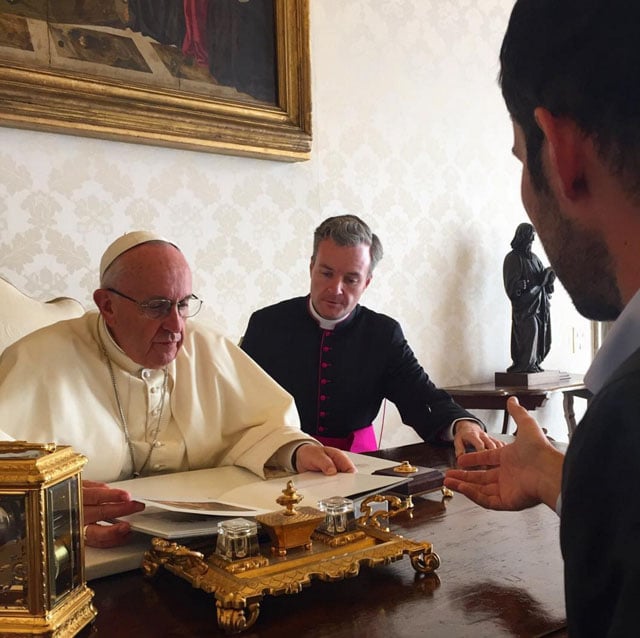 The book includes images from the Nepalese earthquake, the ongoing refugee crisis, photos of the Baltimore protests, and pictures from inside North Korea.

“Today I had the honor of meeting Pope Francis,” Systrom writes. “We spoke about the power of images to unite people across different cultures and languages. It was by far one of the most memorable experiences of my life!” 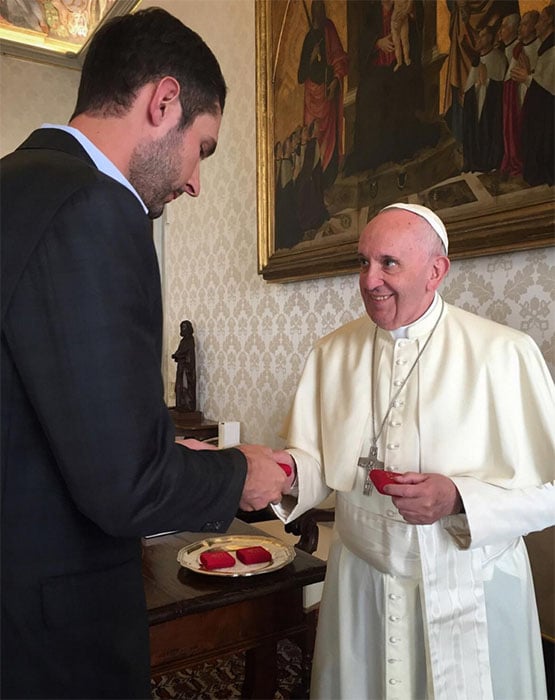 And while in Rome, Systrom couldn’t help but take a selfie with the President of Italy.

When in Rome… Take a selfie with the President of Italy, of course! President Mattarella, it was an honor to visit the @quirinale!