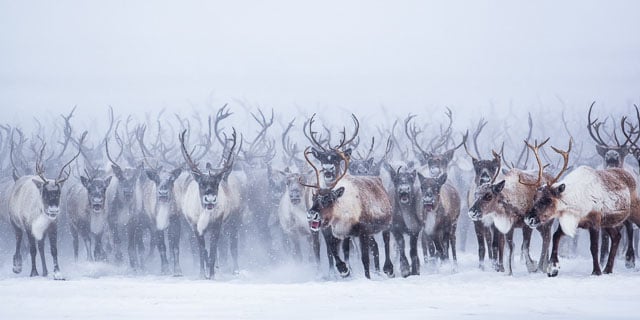 For the past two years, Canadian photographer Nicolas Dory has documented the annual migration of the country’s only free-range herd of reindeer, which consists of about 3,000 animals. 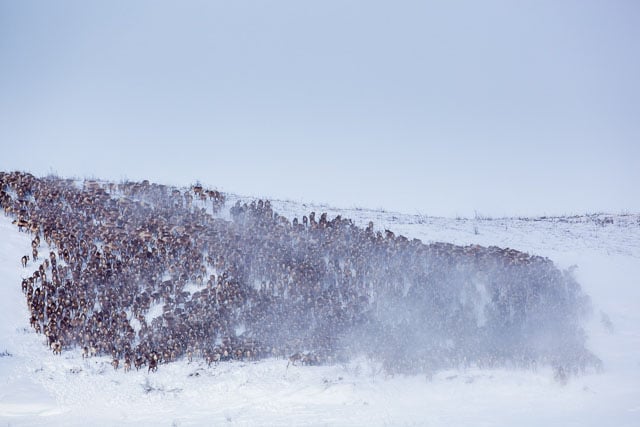 After Canada’s caribou population began to decline in the early 1900s, US and Canada partnered together to help the Inuvialuit population of the Mackenzie Delta avoid food shortage. In 1929, 3,440 reindeer were imported to Canada through Alaska from Scandinavia.

Since that time, reindeer herding is still practiced by descendants of people in the Northwest Territories. 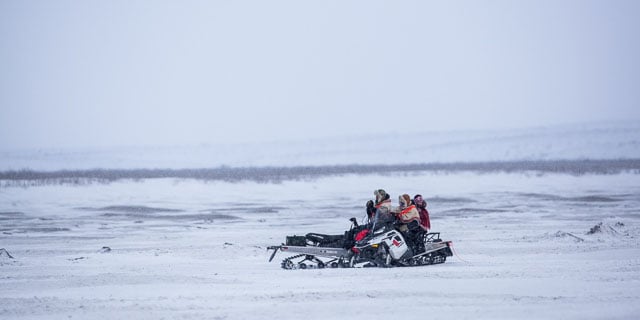 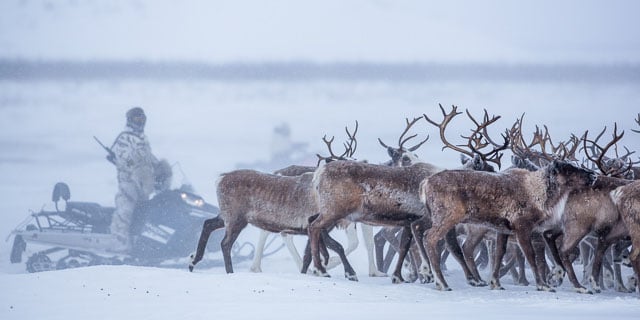 Every year, in the early spring, herders move the giant herd from their winter area at Jimmy Lake to their calving grounds on Richards Island, a distance of about 43 miles. Dory’s images capture the sheer scale of the mass migration. 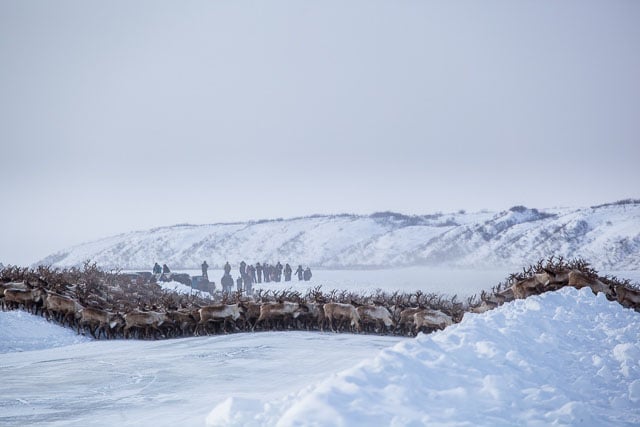 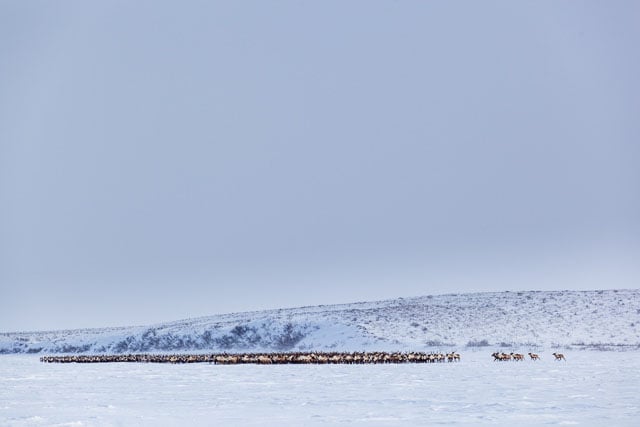 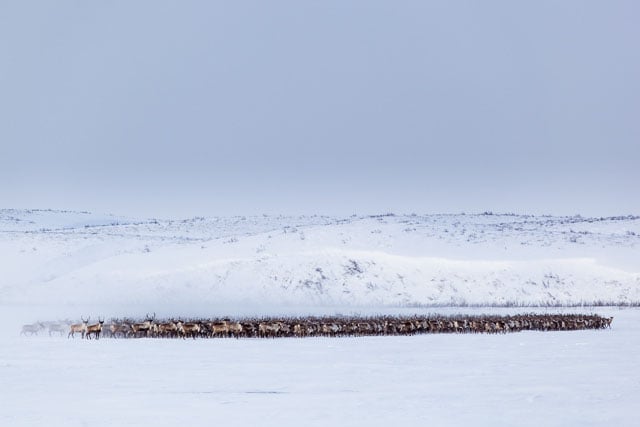 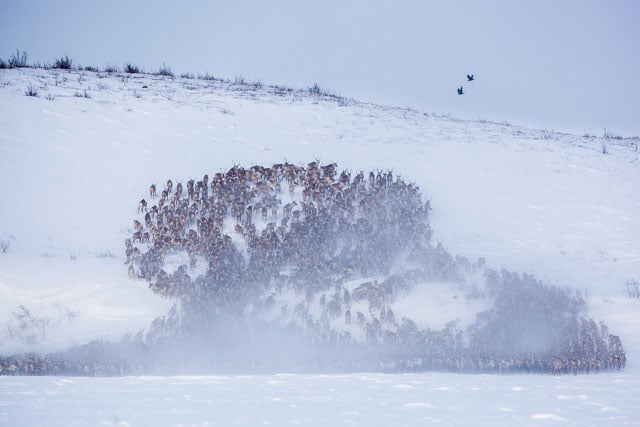 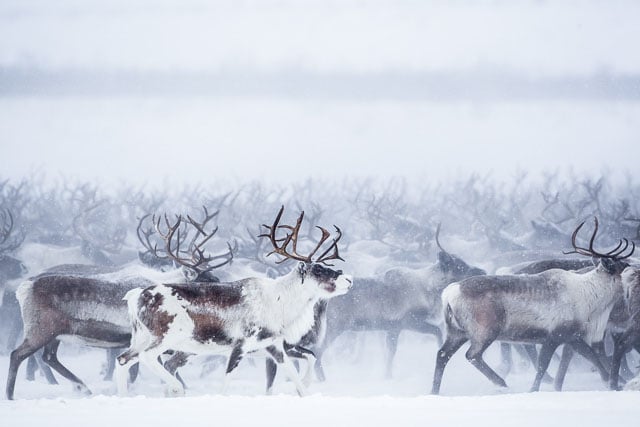 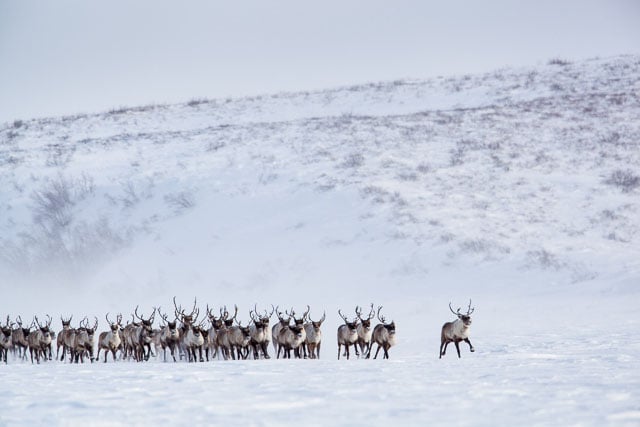 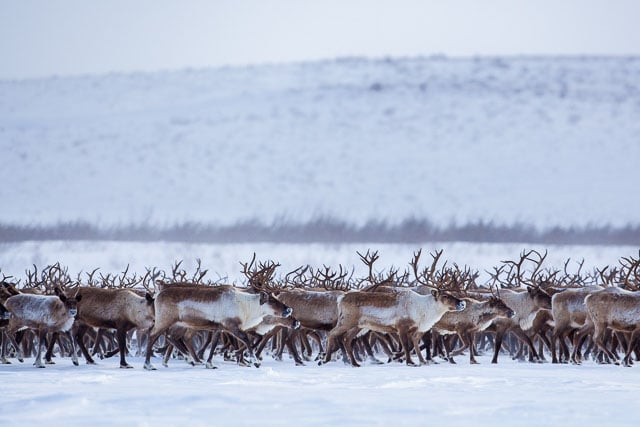 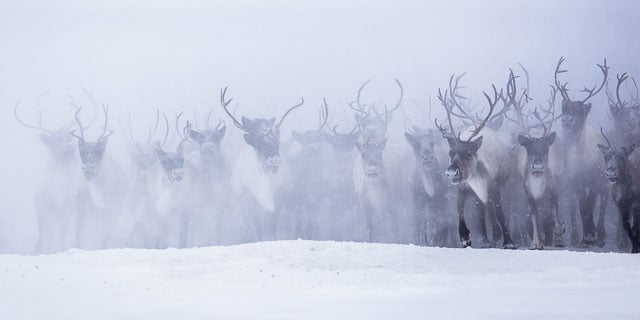 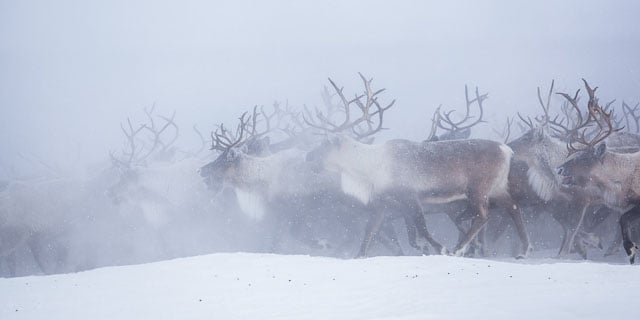 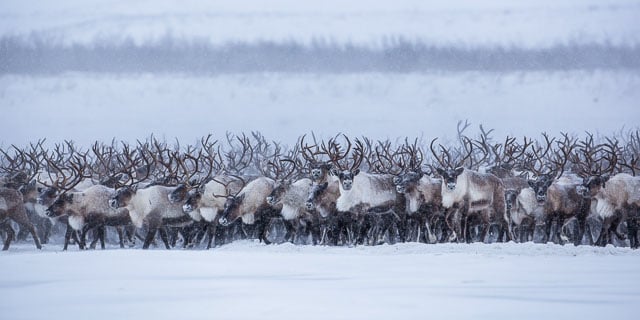 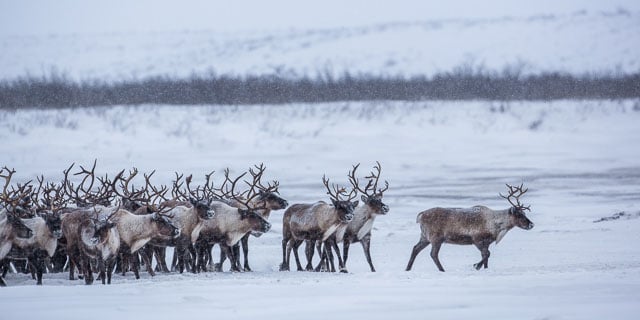 About the author: Nicolas Dory is a professional nature and wildlife photographer based in Whitehorse, Yukon Territory, Canada. You can find more of his work over on his website.

Image credits: Photographs by Nicolas Dory and used with permission

One Camera, One Lens, and 20 Presidential Candidates